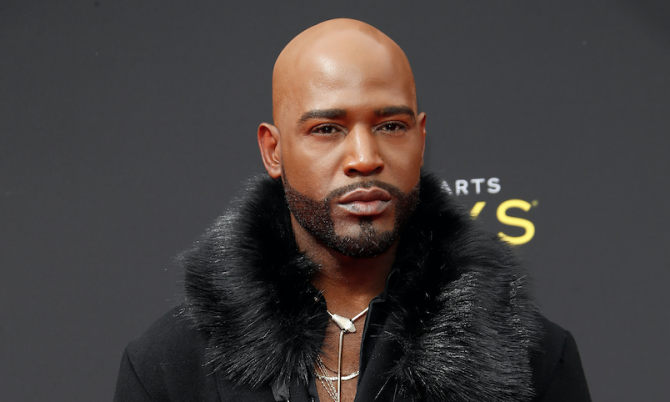 Queer Eye star Karamo Brown has called off his engagement just a few months after re-proposing.

He says living under quarantine, with all the extra free time that entails, led to Brown and ex-fiancé Ian Jordan deciding to end their 10-year relationship.

The couple has been together for ten years and got engaged (the first time) in May of 2018. Their wedding was postponed due to the pandemic and has now been “postponed officially.”

Brown spoke about it during an appearance on The Ellen DeGeneres Show, telling guest host Stephen “tWitch” Boss:

“My fiancé and I, we were together for 10 years, and we broke up about three and a half months ago.

“We were distracted by so much – with the kids, and our careers – that during that time, I had to really say, how is our communication? How are other parts of our lives? Are we growing in the same place?”

He added: “We’re not 20 anymore, so it wasn’t just, ‘Oh, I’m not going to text you anymore’ – it was like, we have a family and a home. How do we separate this? And it was hard. We went to virtual counseling, we did a lot of things.

“But eventually I was like, this is a moment where I need to decide, is my happiness important? And once I made that decision, I said, you know, we are going to have to break up.”

Brown said he feels lucky that there was “no cheating” to blame for the breakup, and that they remain “good friends.”

He then joked: “Yeah, no more wedding — so if ya’ll got any friends!”

In a since-deleted Instagram post from May of this year, Brown told fans he’d proposed (again) to Jordan during the lockdown.

“During this quarantine, I have fallen even deeper in love with my fiancé Ian Jordan.

“So, on his birthday – which is also our anniversary – I proposed again. Our wedding has been cancelled/postponed like so many other people but I still wanted to celebrate our love.