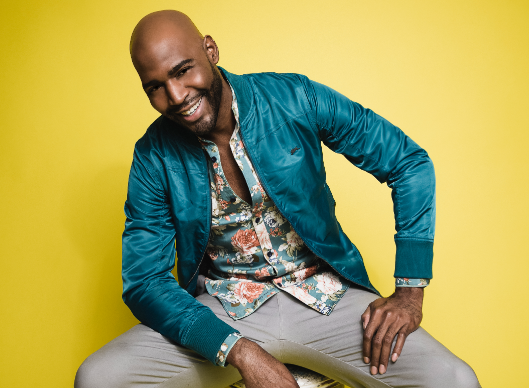 Karamo Brown met up with Pink News to talk about the upcoming Queer Eye: We’re In Japan! special, which is set to premiere on Netflix later this year.

“You realize very quickly that if you give people the space and permission to express what they’re feeling, sometimes you don’t have to say the words,” the culture expert explains when asked about the language barrier he faced filming in a foreign country.

“There were some times where I would literally just sit and look at someone, and they would tell me they had never had anyone looking at them in the eyes at all. It opened up a slew of great emotion that kept pouring out.”

Brown continues, “I didn’t have any issue with the language barrier at all because the language that I was speaking with was love and empathy.”

#HeyFriends, stop fearing the word no. Here’s why. #Advice

Love and empathy, Brown says, has always been his modus operandi.

“Sometimes we feel like we are not doing enough, because we haven’t seen that kind of big splash. But that is not what changes the world. What changes the world is doing one small thing at the time that then accumulates into making this big impact on people.”

Brown doesn’t take his impact on the world lightly. He recently appeared before Congress to speak in support of the Every  Child Deserves A Family Act, which would ban discrimination in foster care and adoption.

Spent the entire day meeting w/ members of the United States Senate & House lobbying for support of the #EveryChildDeservesAFamilyAct which Bans discrimination in foster care and adoption. Honored to be working alongside @repjohnlewis & @familyequality on getting this bill passed.

“Just being an African-American man and also being a black man I understand what it is to be part of a community and realize when we band together and we each do our part, whether small or big, that’s when we see major change,” he tells Pink News.

“It helps everyone to understand we are all part of some community, that if we use what we have, use our identities to create some small step, we will be creating that building block for others to walk on and follow.”

“My inspiration comes from the growth in everyday people that I see. That is what fuels me to say, if one person can do it, then we can all take a chance.”

still not getting it
24