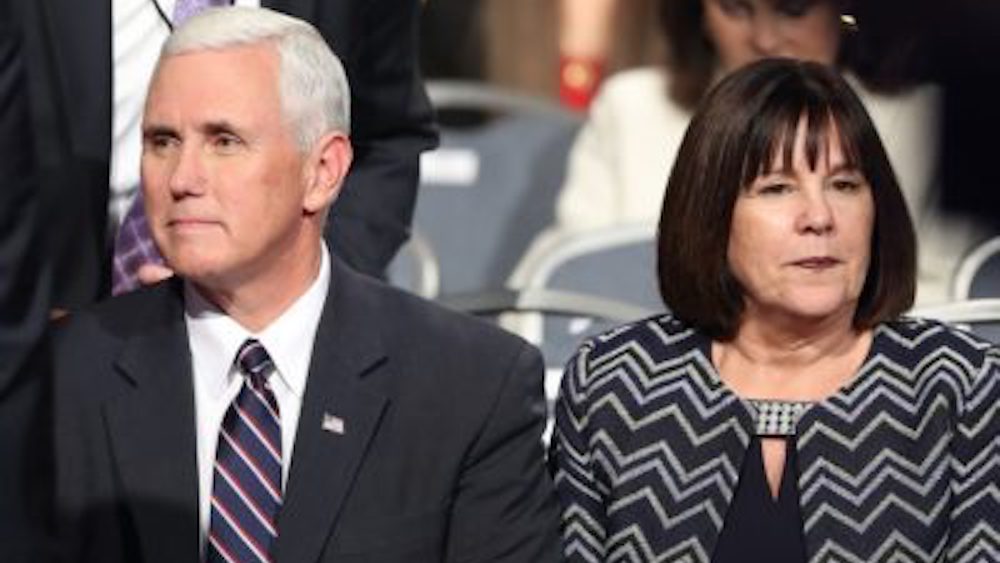 We already knew that Vice President Mike Pence is no friend, but now we know that Karen Pence, who is married to the Veep, (the only woman he’s allowed to dine alone with) is no friend to the gays either.

This week she campaigned for Mark Harris, a North Carolina Republican congressional candidate who longs for the days when gay sex was illegal. Ugh.

A Christian pastor, Harris got in trouble last August for saying that women should “submit” to their husbands and wondering whether it’s societally “healthy” for women to have jobs. So, Pence showed up as a special guest on the recently launched Women for Mark Harris Bus Tour.

While millions of Christians support LGBTQ equality, Harris is most certainly not one of them. When he served as pastor of the First Baptist Church of Charlotte, he contributed $51,000 to help ban same-sex marriage in the state constitution.

He also thinks being gay is a choice and has bemoaned the fact that gay sex is now legal, stating, “We have watched in one generation where homosexuality was once criminalized to now we see the criminalization of Christianity.”

Pence’s speech was reportedly more subdued than the other women who spoke. But here’s a taste of what she said:

“This race is important. The race could be one that it comes down to keeping the majority in the house. The reason that’s so important to Republicans is that [it’s] what keeps the president’s momentum going. That’s what keeps his agenda moving.”

She continued, “With your continued commitment, we’ll finish what we started … We’ll make America great again!”

Luckily, Karen Pence’s support might not be enough to help Harris win. Local polls show that the race is close and a September national Quinnpiac poll shows female voters preferring Democrats to Republicans by a margin of 15%. If only those women would submit to their conservative husband’s political views, right Harris?

In other news about women standing up for their despicable misogynist husbands, First Lady Melania Trump recently said that she believes her husband when he says that the 13 women accusing him of sexual misconduct are all liars.