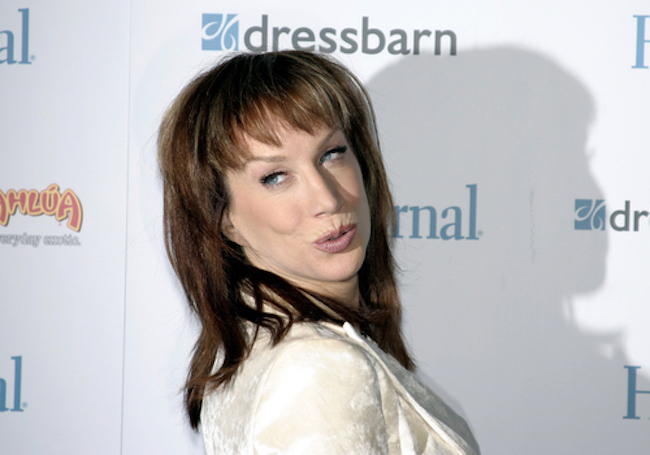 Kathy Griffin‘s comedic career hit an unexpected bump in the road after she poses with a doll head gussied up to look like a decapitated Donald Trump, fake blood pouring everywhere.

Then followed the slightly hysterical apology and over-the-top press conference. She lost gigs, cash, fans, and friends — including Anderson Cooper, with whom she’d been friends for 17 years, regularly co-hosting CNN‘s New Year’s Eve broadcast alongside him.

“For the record, I am appalled by the photo shoot Kathy Griffin took part in. It is clearly disgusting and completely inappropriate,” he tweeted shortly after the photograph went viral.

Speaking to The Cut, Griffin says she knows Cooper was in a difficult position, but felt she at least deserved a text or phone call from him before he decided to tweet about it.

She claims he added insult to injury by telling Andy Cohen on “Watch What Happens Live” that he and Griffin were still tight — despite the fact that he hadn’t reached out to her since the photo was released.

Griffin ended the friendship after Cooper finally tried contacting her via text, several months after the incident.

And she’s still angry about Trump.

“Why are people still expecting me to apologize and grovel to a man that tweets like this?” Griffin asks. “I’m a comedian; he’s our fucking president.”

“President Trump just pardoned Joe Arpaio, who was essentially running a concentration camp in the Arizona desert. He said there are some good Nazis, and he’s kicking out young adults who were brought here as kids by their parents, and I’m the one who has to continue to apologize?”

Griffin is launching her “Laugh Your Head Off” tour in Europe, Australia and New Zealand, where you can expect plenty of Trump jokes, but probably not too many bloody doll heads made up to look like a way-dead Donald Trump.

The "Laugh Your Head Off" World Tour. Tickets & Pre-Sale Info at https://t.co/zey0LOSPgE pic.twitter.com/Pcol9HKJzH