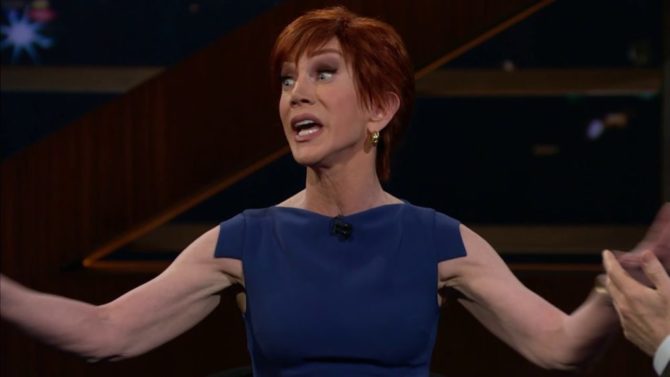 Kathy Griffin is at it again.

Howard Stern: “If you had to save Anderson Cooper‘s life, or Andy Cohen‘s life, who do you choose at this point?”

Kathy Griffin: “I would let them both die.”

The comic was chatting with the shock jock April 3 to promote her comeback on the new comedy The President Show. Griffin dished on her feud with Donald Trump & family, Fox News, the Department of Justice after publishing a picture of herself holding a Trump mask smeared with ketchup.

Griffin opened up on former friend Anderson Cooper, and their falling out. In the wake of her Trump gag, Griffin found herself banned from network CNN, where she hosted New Year’s Eve coverage for a decade alongside her former bestie Cooper. It also marked the end of their friendship and the beginning of a work drought. 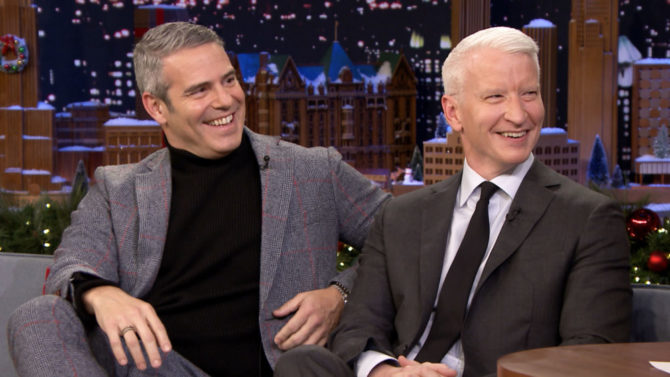 “I’m banned for life. I worked there one night a year,” Griffin explained.

Of Cooper, the funny woman said: “I was in love with him as a friend. Like, I loved him as a friend.” Griffin then expressed her hurt and frustration with Cooper for not defending her to the network.

She also criticized Cooper as someone “into shiny objects,” meaning that his attachments don’t always last very long. Griffin also highlighted sexism on the part of Jeff Zucker, President of CNN, who denied her requests for equal pay. Andy Cohen has since replaced Griffin on CNN’s New Years coverage.

Griffin claims Cooper sent her an insensitive text following the Trump photo incident, attacking her for not contacting him. Since then, Griffin says that Cohen and Cooper have made jokes at her expense. She then referred to Cohen as a “talentless piece of sh!t,” and that his “ambition exceed his talents.” Griffin also proclaimed her lingering hatred for former friend Trump, and claims she once had to stop him from grabbing Liza Minnelli “by the p***y” at a fundraiser.

Griffin will appear on The President Show—a special edition of the series lampooning Trump—as Kellyanne Conway.