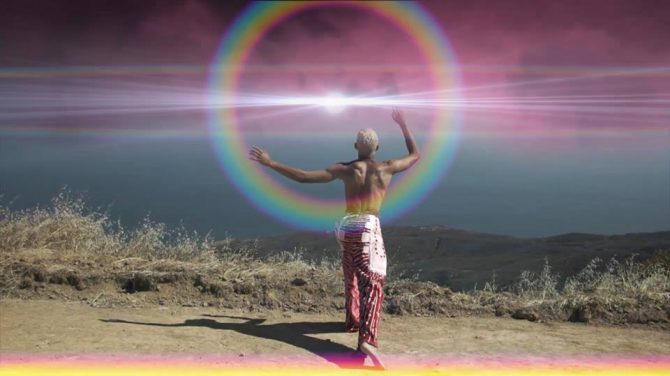 Until now, Keiynan Lonsdale has treated music more like a hobby than a career, occasionally releasing singles and music videos when the mood strikes.

In an interview with Billboard last year, the 27-year-old casually said, “I’m just going to make the music and go from there.”

Well, he may want to reconsider that now that his song “Preach” has proven to be a bona fide hit.

Lonsdale dropped “Preach” last Pride season as a follow up to his single “Kiss the Boy,” a queer anthem about, well, kissing boys.

“Preach” is a self-empowerment anthem about embracing and loving yourself for who you are.

In an email to The Fader, Lonsdale explained:

I wrote “Preach” over a year ago… but I didn’t know what it actually meant, or its significance to my life, until several months later. Both the song and the video have become like my mirrors, so everything good & bad that comes with one’s own reflection has of course presented itself through this project haha.

I want everyone to have their own interpretation of it for them, but for me it’s about f*cking with your own soul, agreeing to be on the ride together no matter what, and discovering/remembering that magic is real if you believe it so.

That’s a lot of streams.

And nobody seems more thrilled about it than Keiynan himself.

Watch the music video for “Preach” below.

Related: Which film inspired this talented young actor to release a queer anthem?