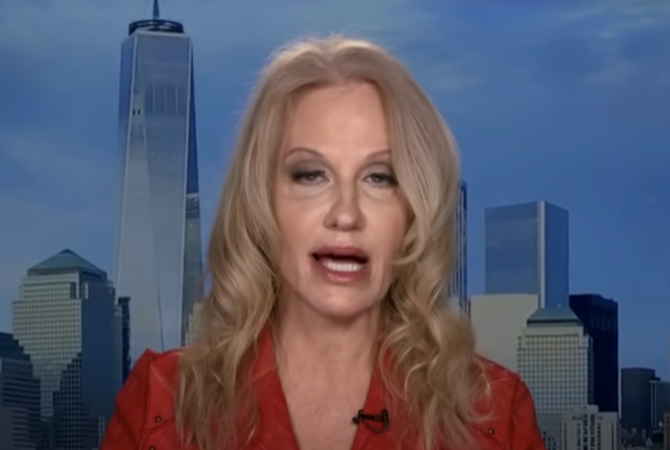 Kellyanne Conway‘s book of alternative facts has only been out for a month and it’s already vanished from the New York Times best seller list and seen a steep–very steep–decline in sales, even after being deeply discounted on Amazon.

“Here’s the Deal” hit #1 on the NYT nonfiction best seller list the first week of its release, selling a respectable 25,000 copies. By week two, however, sales dropped to 8,000 copies. Then 5,000 copies. Now, the book is sitting at #5,415 in Amazon’s Kindle Store, and last week’s hardcover sales reportedly dipped below 1,000 copies. Whomp, whomp. 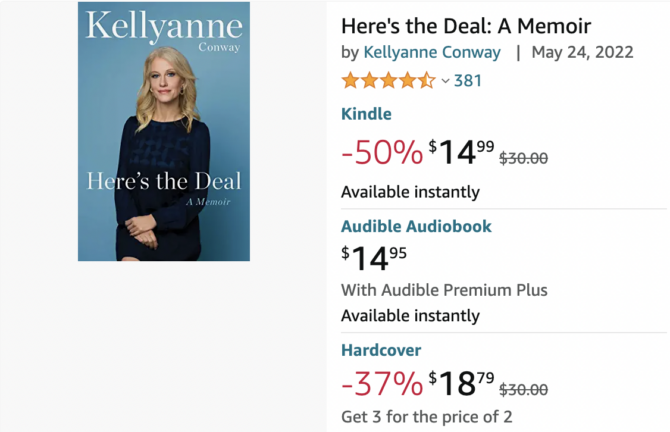 Despite the fact that literally nobody is buying what Kellyanne’s selling, the former White House propagandist is honoring her contract by continuing to do promotion, although she’s gone from making high profile appearances on Good Morning America and The View to Zoom interviews with the Christian Broadcasting Network and, most recently, an email Q&A with americanthinker.com.

Related: Kellyanne Conway shares her nightmare list of who should be the first female president

When asked about the Supreme Court overturning Roe v. Wade on Friday, Conway told the far right blog, “The ‘follow the science’ crowd say they know that a five-year-old should be masked up. They cannot look at a five-month-old sonagram [sic] and ignore the heartbeat, eyes, and limbs.”

“Let’s follow the science. Anyone who cannot tell what is on that sonagram [sic] is anti-science, especially if he believes in abortion any time, up to the moment of birth, like the Colorado law.”

Related: Lori Lightfoot just said what everyone else is thinking about Clarence Thomas

Over the weekend, the 17-year-old updated her Instagram to read: “PROTECT WOMEN’S RIGHTS” and attended a pro-choice rally in Washington Square Park where she was photographed holding a sign that read: “F*CK SCOTUS.”

Claudia, if you’re reading, never stop being you!