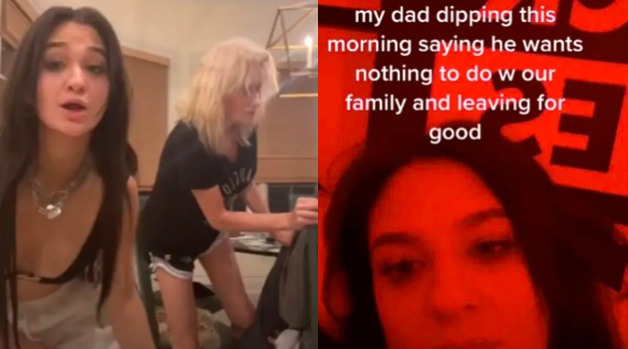 It’s safe to say Kellyanne Conway has been having a rough time these past few months.

First, her teenage daughter, Claudia, went rogue last summer, prompting Kellyanne to leave her job at the White House to focus on keeping her family intact.

Then she got COVID.

Then Donald Trump lost the election.

Then she got dragged on Twitter following last week’s insurrection on Capitol Hill.

Then Forbes magazine’s chief content officer issued a statement urging companies not to hire her because of her history of peddling “lies-upon-lies, repeated frequently and fervently” on behalf of the president.

And now, her husband has left her. At least, according to Claudia.

Yesterday, the 16-year-old announced on TikTok that her father, George Conway, a vocal critic of Trump, had walked out on his family.

“my dad dipping this morning saying he wants nothing to do with w our family and leaving for good,” 16-year-old Conway wrote.

When a fan commented that they hadn’t seen George in a while, Conway responded, “yeah me neither lol.”

Not Claudia Conway breaking the news of her parents separation on TikTok I just — pic.twitter.com/7BQuY8oRRU

Last week, Claudia turned her mother into a laughingstock when she posted a video of herself dancing to a Donald Trump diss track.

When Kellyanne realized she was being filmed, she looked very uncomfortable and quickly leapt up from where she was sitting. Moments later, the video cut away.

The day before that, Claudia posted a video asking her mother how it felt watching everything that she had worked hard for fail so miserably.

Neither Kellyanne nor George have commented on their marriage or any future plans for their family.