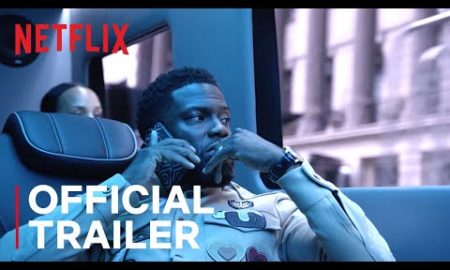 Interested in revisiting the controversy surrounding Kevin Hart and last year’s Oscars ceremony? No? Too bad! The trailer for Hart’s new Netflix series Don’t F*ck This Up has just dropped and it’s aaaall about that whole mess.

Hart fist announced the docu-series on Instagram last month, describing the show as one “hell of a rollercoaster; peaks, hills, valleys, ups, downs. It’s as real, as raw, as transparent as you could be.”

In case you forgot: Around this time last year, Hart became something of a cause célèbre when he landed his dream gig as Oscar host. But within 24 hours of making the announcement, a string of homophobic tweets and jokes came back to haunt him.

Public outcry over the controversy intensified when Hart refused to apologize for his past homophobia, claiming he’d already done so, even though he hadn’t. And three days later, he announced he wouldn’t be hosting the show after all.

Oh, but it didn’t end there.

In January, Hart told Ellen people with vendettas against him were using his past homophobia to damage his career. The interview did little to quell the public outcry. Hart then attacked the LGBTQ community, calling queer people too sensitive and insisting they didn’t understand people can change, damn it!

A few months after that, he got into a tiff with Little Nas X when he expressed confusion over why the singer felt a need to come out and said he didn’t believe he ever faced homophobia.

“There’s a lot that you don’t know,” Hart says in the trailer for Don’t F*ck This Up, which premieres December 27 on Netflix. The question is: Do we really want to know? Here’s hoping after this we can all put this whole fiasco to bed. It’s starting to feel soooo last decade.