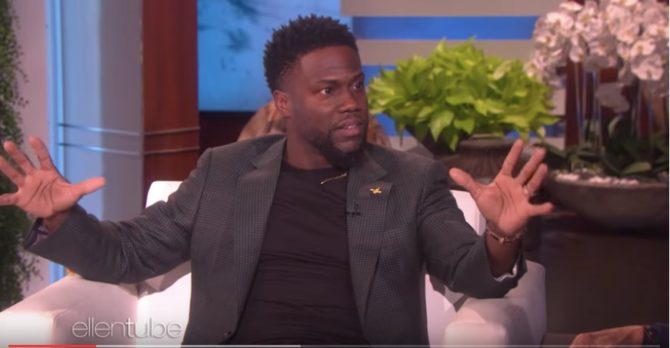 Wading into dangerous territory yet again, comic Kevin Hart has said he doesn’t understand why his apology to the LGBTQ community for homophobic tweets wasn’t “enough.”

The comic, who lost out on his chance to host the Academy Awards after homophobic tweets resurfaced, now attributes the whole controversy to miscommunication. In 2009, he tweeted that if he ever saw his son playing with a dollhouse, he would smash it over the child’s head. Hart had since apologized and deleted the tweet, though the announcement that he would host the Oscars brought renewed outrage from queer people and their allies.

Hart now acknowledges that by not apologizing right away following the renewed scrutiny, he fanned the flames of anger. “The way that I handled it in the beginning was never from a place where I’m being negative or angry or playing victim,” Hart now says. “It was, ‘Hey, guys, I apologized about this. I talked about this years ago and I said I’ll never do it again.’ To me, that was the apology. I didn’t understand why it wasn’t good [enough].”

The comedian also seemed to admit that by not apologizing immediately after the controversy began, he only made things worse. Rather than say “I’m sorry,” Hart posted an Instagram video where he refused to apologize. “I thought the best way to say sorry is by changing, whereas some people still wanted to just hear me say it again,” he says. “There’s where the miscommunication and disconnect came from.”

Hart’s refusal to apologize heightened the controversy. He later appeared on the talk show of gay comic Ellen DeGeneres where he again apologized for his remarks. He then launched into a rant about how the outrage was an attempt to slander him and damage his career. Needless to say, Hart’s focus on his own frustration rather than that of the people he insulted did nothing to repair his reputation. Ultimately, he stepped down as Oscar host, and his appearance on DeGeneres’ show–an attempt to regain his job and repair his image–didn’t work.

Mr. Hart, in the event you read this, we’ll just lay things out for you: the outrage stemmed not from a miscommunication. Rather, it resulted because you refused to apologize immediately, even if you had done so before. You also did so without showing how you had changed or evolved in your understanding of queer people. Furthermore, your appearance alongside Ellen DeGeneres did have you playing the victim without paying any acknowledgment to the plight of LGBTQ people–particularly those within the African-American community–and focused more on a nonsensical conspiracy theory that your critics simply wanted to slander you.

This was never about hurting you, it was always about the people you hurt. For your sake, as well as those of the LGBTQ community, we hope you have learned from your mistake, we hope you are sincere in your apology and we hope you find better ways to convey your personal evolution beyond refusing to apologize and blaming everyone else for your mistake.

you always remember your first
9