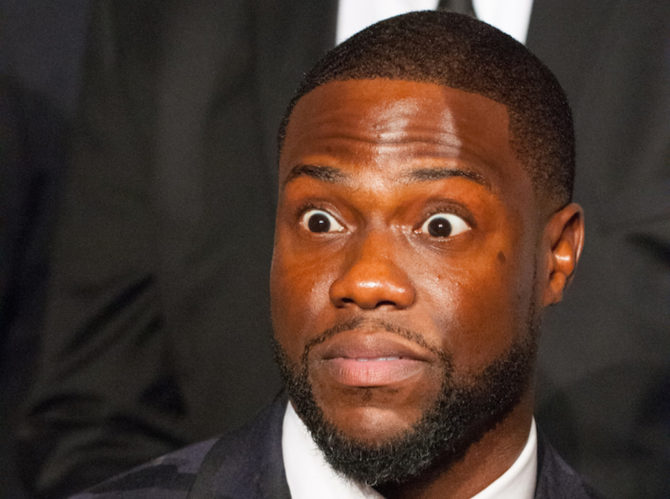 Anyone wanting to revisit one of this year’s most unpleasant and ridiculous episodes, take heed: Kevin Hart will recount his firing from the Oscars ceremony and the fallout that followed for the new Netflix series, Don’t F*ck This Up.

Hart will open up about the whole mess in the new docu-series, set to debut this December 27. In his announcement on Instagram, Hart described the show as a “hell of a rollercoaster; peaks, hills, valleys, ups, downs. It’s as real, as raw, as transparent as you could be.”

Kevin Hart became something of a cause célèbre in late 2018 when he landed the job as Oscar host. Not long after, a series of homophobic tweets and jokes came back to haunt him. Public outcry over the controversy worsened when Hart refused to apologize for his words, claiming he’d already done so. The Academy of Motion Picture Arts & Sciences fired Hart just three days after the announcement that he would host the show. Hart then apologized to the queer community for his offensive words.

But the saga didn’t end there. This January, Hart said he would reconsider hosting duties after an extended, if controversial, interview with Ellen DeGeneres. Hart claimed that he’d intended his words as a joke, nothing more, and that people with vendettas against him had used the occasion to hurt his career. The interview did little to quell the public outcry, and ultimately, the Oscar ceremony went on without a host. Hart then attacked the LGBTQ community, calling it too sensitive and insisting that it didn’t understand that people can change. Right.

In an upsetting postscript to the whole affair, Hart argued with Little Nas X later this year, not understanding why the singer felt a need to come out, or why he would have ever faced homophobia.

Kevin Hart “Don’t Fuck This Up” Dec 27th on Netflix!!!!! Mark your calendars