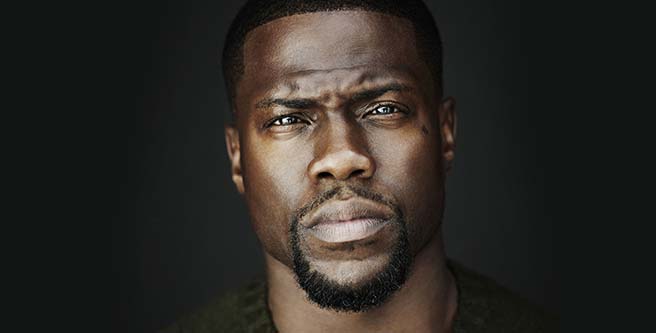 The Academy of Motion Picture Arts and Sciences just faced its greatest challenge since #OscarsSoWhite in 2016. Hollywood’s most prestigious group has made a noticeable attempt to go blacker since then, and that, perhaps, led to its terrible decision this week.

No doubt angling for social credibility, the Academy hired an Oscar host who ticks a lot of “relevant” boxes. Kevin Hart is hip, insanely popular, and, of course, black. Unfortunately, it looks like either the Academy didn’t do a proper background check, or whoever is in charge of shortlisting potential hosts didn’t care that Hart has a history of homophobia–both onstage in his comedy act and on social media.

Backlash ensued, and as it bubbled over, Hart posted an Instagram video saying that the Academy called him and insisted he apologize if he wanted to keep the gig. He refused to comply. Shortly after, he tweeted that he would no longer be hosting the ceremony on February 25 and finally apologized to the LGBTQ community for his past homophobic misdeeds. Now, the Academy must find a new emcee. (Good luck with that.)

But has irreversible damage already been done?

In the age of #MeToo, Time’s Up, and #BlackLivesMatter, when Hollywood hotshots are losing their jobs over sexual misconduct, when networks are firing Roseanne Barr and Megyn Kelly over racist blunders, why is the entertainment industry still so ambivalent when it comes to LGBTQ concerns?

Last year, the Tony Awards chose a closeted gay man–Kevin Spacey–to host Broadway’s biggest black-tie event, its Gay Pride for actors. Subsequent career-destroying allegations of sexual misconduct have highlighted the folly of that decision. You’d think that would inspire caution, but the Academy threw it to the wind and decided to prop another questionable Kevin, a comic infamous for homophobic humor, on what might turn out to be the most gay-leaning Oscars in history.

Unfortunately, the 2019 Oscars would be gay-leaning only superficially. Two of the actors likely to score nominations for playing gay roles–Rami Malek in Bohemian Rhapsody and Richard E. Grant in Can You Ever Forgive Me?–are straight. And of course, bisexual Freddie Mercury, whom Malek impersonates in Rhapsody, was never publicly out during his lifetime. Critics also have accused the movie of straight-washing the Queen frontman’s private life.

Even A Star Is Born, a showcase for Oscar frontrunner and LGBTQ advocate Lady Gaga, features among its supporting cast David Chappelle, a comedian who was making gay-unfriendly jokes onstage at the Hollywood Palladium as recently as last year. It wouldn’t surprise me if the Academy offered the emcee gig to Chappelle first.

Hart never should have been a serious contender for the job of hosting entertainment’s second-gayest A-list event, not after saying onstage in 2010 that “One of my biggest fears is my son growing up and being gay.” He actually had the nerve to claim he’s not homophobic one sentence later, before continuing his anti-gay rant, which shows how clueless he was about homophobia then and might very well still be, late-in-the-game apology notwithstanding.

Although he’s laid off the public displays of homophobia for the most part in recent years, he can’t erase his history. Pro baseball players Trea Turner, Sean Newcomb, and Josh Hader, all of whom have faced backlash in 2018 over racist and homophobic tweets they made when they were teenagers, know that all too well.

If punishment for racist speech can be retroactive–remember celebrity chef Paula Deen’s swift fall five years ago over racist remarks she made, to quote former U.S. President and Deen defender Jimmy Carter, “in the distant past”–the same standards need to apply to a homophobic speech by non-sports stars. As Will & Grace hilariously pointed out in its November 29 episode, it’s time to stop playing favorites with oppressed groups. Time’s up for racists and sex offenders.

It needs to be up for homophobes, too.

Who knows what effect this will have on Hart’s career? It’s unfortunate that he didn’t lead with the tweet. Instead, his first comment after the backlash began was an Instagram video in which he was defiantly not sorry. Beside it, he wrote, “Stop looking for reasons to be negative…Stop looking for reasons to be angry” and “Please take your negative energy and put it into something constructive.” I wonder if he would have been so cavalier about a white Oscar host with a racist past who claimed, as Hart did in the post, that “I am in love with the man that I am becoming.”

Stop looking for reasons to be negative…Stop searching for reasons to be angry….I swear I wish you guys could see/feel/understand the mental place that I am in. I am truly happy people….there is nothing that you can do to change that…NOTHING. I work hard on a daily basis to spread positivity to all….with that being said. If u want to search my history or past and anger yourselves with what u find that is fine with me. I’m almost 40 years old and I’m in love with the man that I am becoming. You LIVE and YOU LEARN & YOU GROW & YOU MATURE. I live to Love….Please take your negative energy and put it into something constructive. Please….What’s understood should never have to be said. I LOVE EVERYBODY…..ONCE AGAIN EVERYBODY. If you choose to not believe me then that’s on you….Have a beautiful day

If Hart is indeed becoming a man worthy of our love as well as his own, he has a lot to prove. I appreciate his concern about distracting from the people being honored at the Oscars and even his belated apology. But actions are more powerful than words. It will take a lot more than a tweet to rehab his image.

Meanwhile, the Academy hasn’t earned absolution either. Hart was such a tone-deaf choice, and not just because of his homophobic history. In his 2017 memoir “I Can’t Make This Up: Life Lessons”, he admitted to physically abusing his ex-wife Torrei, who is the mother of two of his three children, including his aforementioned son. This is the guy the Academy invited to host its second #MeToo-era Oscar ceremony? Seriously?

The entertainment industry’s inconsistent liberalism is sending confusing mixed messages, especially to the LGBTQ community. Hollywood has gotten comfortable using us for inspiration, but it continues to routinely overlook LGBTQ actors for LGBTQ roles while casually green-lighting homophobic fare. Casting Hart as the face of the 2019 Academy Awards and then demanding he apologize to us (if Hart’s account is correct) added insult to ignorance.

We deserve so much better from an industry we helped build–or at the very least, an Oscar host who was on our side from the start.

Related: Kevin Hart will NOT host the Oscars, tweets half-apology “to the LGBTQ community”