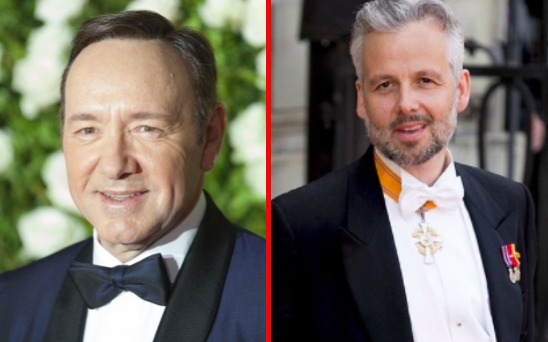 A former member of the Norwegian royal family has come forward to accuse Kevin Spacey of sexually assaulting him 10 years ago.

Ari Behn, who divorced Princess Märtha Louise of Norway last year, claims the disgraced actor grabbed his testicles during a Nobel Peace Prize party back in 2007.

Spacey was hosting the concert in Oslo alongside Uma Thurman.

Related: Congrats, Kevin Spacey! Conservatives are using your story to paint all gay men as pervs

“We had a nice conversation,” 45-year-old Behn says. “He was sat next to me. After five minutes, he says ‘Hey, let’s go out and have a cigarette’, and then he touched me right on the balls under the table.’”

Behn says he was totally taken aback. “I got more than I bargained for,” he says. Since he obviously couldn’t make a scene at the Nobel Peace Prize party, he politely told Spacey, “Maybe later.”

Behn has three children with Princess Märtha. The couple divorced last year after nearly 15 years of marriage, saying they had  “grown apart.”

Spacey is currently checked into a luxury $36,000-a-month sex rehab center in the Arizona desert to receive treatment for his alleged sexual misconduct.