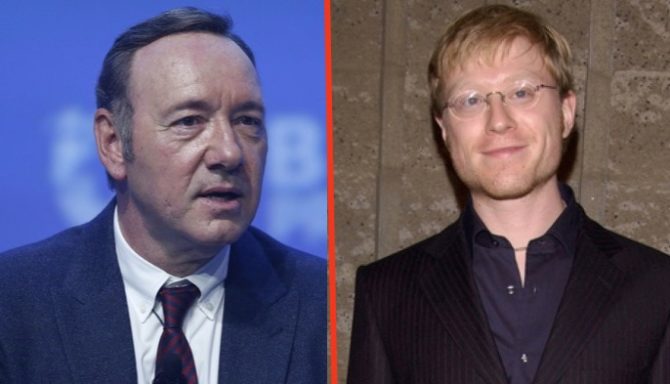 Kevin Spacey, long rumored to be in the closet, has come out as gay. But that’s just the tip of the iceberg.

The famously private Oscar winner addressed his sexuality in a tweet after fellow actor Anthony Rapp accused Spacey of untoward sexual advances when Rapp was just 14 years old. Spacey was 26.

Rapp said he attended a party at Spacey’s New York City apartment in 1986 when the actors were both appearing on Broadway. He alleges that Spacey physically picked him up at the end of the night and “made a sexual advance” after placing him onto his bed.

Speaking to Buzzfeed, Rapp explained that he’s sharing his story “not to simply air a grievance, but to try to shine another light on the decades of behavior that have been allowed to continue because of many people, including myself, being silent.”

Rapp added that his “stomach churns” to this day when he sees Spacey. “I still to this day can’t wrap my head around so many aspects of it,” he said. “It’s just deeply confusing to me.”

Here’s how Rapp tells it, via Buzzfeed:

“My memory was that I thought, Oh, everybody’s gone. Well, yeah, I should probably go home,” Rapp said. Spacey, he recalled, “sort of stood in the doorway, kind of swaying. My impression when he came in the room was that he was drunk.” Rapp doesn’t remember Spacey saying anything to him. Instead, Rapp said, “He picked me up like a groom picks up the bride over the threshold. But I don’t, like, squirm away initially, because I’m like, ’What’s going on?’ And then he lays down on top of me.”

“He was trying to seduce me,” Rapp said. “I don’t know if I would have used that language. But I was aware that he was trying to get with me sexually.”

After the story broke, Spacey addressed the allegations head-on in a tweet, expressing “respect and admiration” for Rapp, but no memory of the incident.

However, Spacey wrote that “if I did behave then as he describes, I owe him the sincerest apology for what would have been deeply inappropriate drunken behavior.”

He went on to address the rumors surrounding his sexuality:

“I know that there are stories out there about me and that some have been fueled by the fact that I have been so protective of my privacy. As those closest to me know, in my life I have had relationships with both men and women. I have loved and had romantic encounters with men throughout my life, and I choose now to live as a gay man. I want to deal with this honestly and openly and that starts with examining my own behavior.”

I came forward with my story, standing on the shoulders of the many courageous women and men who have been speaking out 1/3

to shine a light and hopefully make a difference, as they have done for me. 2/3

Everything I wanted to say about my experience is in that article, and I have no further comment about it at this time.