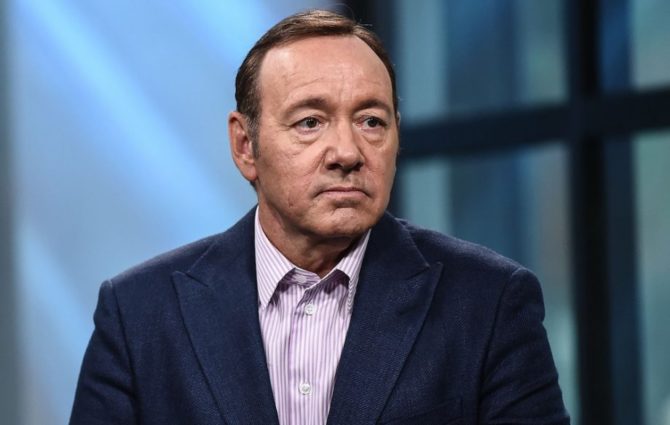 In the wake of the explosive sexual assault accusations made against Kevin Spacey this week, the disgraced actor’s older brother has come forward to discuss their abusive home life growing up.

Spacey’s brother, Randall Fowler, tells The Daily Mail that their late father, Thomas Geoffrey Fowler, began sexually abusing him when he was 12 years old. Meanwhile, their mother, Katherine, was aware of the abuse, but did nothing.

“I constantly threatened my father that if he ever touched my brother, I’d confront my mother with what was going on and that would destroy the family,” Randall says, adding he “sacrificed” himself to protect Kevin.

Randall, who describes the home as “a house of horrors,” claims their father was also a virulent anti-Semite, joining the American Nazi Party and growing a mustache to resemble Adolf Hitler’s. He was also a Holocaust denier who would regularly lecture his children about white supremacy.

“There was so much darkness in our home it was beyond belief,” Randall says. “Kevin tried to avoid what was going on by wrapping himself in an emotional bubble.”

He continues, “He became very sly and smart. He was so determined to try to avoid the whippings that he just minded his Ps and Qs until there was nothing inside. He had no feelings.”

He describes Kevin as an “empty vessel” who had no genuine relationships outside the family.

“Neither of us had a chance growing up with two such damaged parents,” Randall says. “I went through three marriages and 40 affairs.”

Related: These Kevin Spacey coming out memes give new meaning to the word brutal

Randall, who is currently estranged from Spacey, adds that he deliberately avoided having children out of fear they might “inherit the sexual predator gene.”

Thomas Geoffrey Fowler passed away in 1990 at age 68. When he was in the hospital, Randall, Kevin, and their sister, Julie, confronted their mother about the abuse they had suffered at the hands of their father.

“Our mother just sat in stony silence,” he recalls.

Kathleen passed away 13 years later, in 2003. After her death, Randall says, Kevin had her cremated under a false name, Ruby Stevens. Her ashes were divided into two star-shaped containers with a gold plaque bearing her favorite saying: “Everything will be fine.”