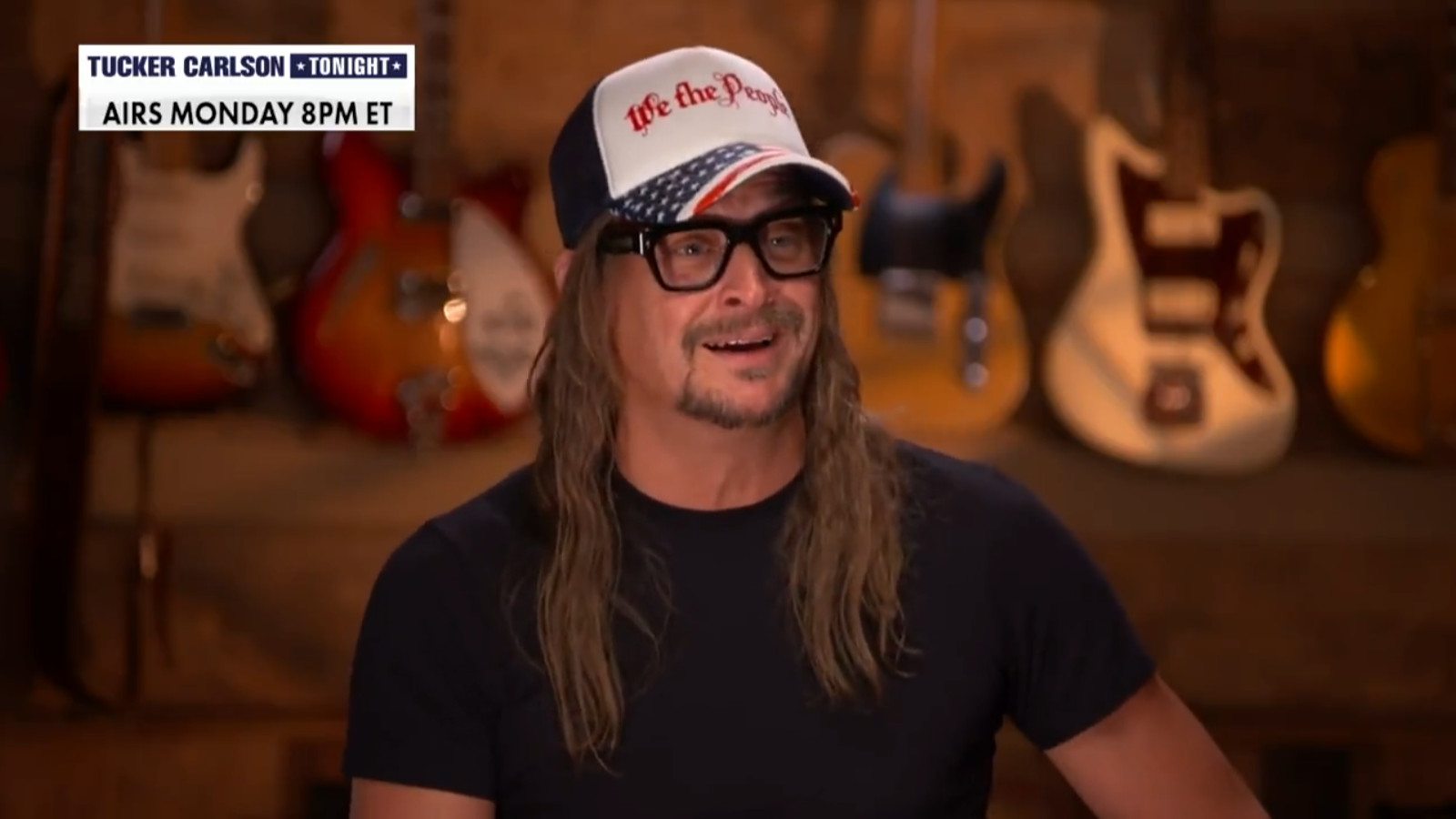 Kid Rock stopped by Fox News host Tucker Carlson‘s show over the weekend to brag about how he can never be canceled, even after calling his audience a bunch of “f*ggots.”

The 51-year-old “hick-hop” rapper said that he had survived wide backlash following a concert last June in which he was caught on camera calling his audience, “You f*cking f*ggots with your iPhones out.” He also told fans to “post this d*ck right now” in the same clip.

Apparently, the backlash did little to assuage or enlighten him about his use of language.

“I am uncancellable. Because I don’t give a f*ck,” he told Carson in a clip from their interview. “At the end of the day, there’s nobody I’m beholden to – no record companies, no corporate interests, no nothing.”

“You can’t cancel me. I love it when they try.”

Of course, Kid Rock has a long history of using “gay” as a derisive term as well as “f*ggot.”

The rapper invited the fury of LGBTQ people and their allies back in 2015 when he told The Guardian, “If someone says you can’t say ‘gay’ like that you tell them to go f*ck themselves.”

In the same interview, he expressed disappointment at the legalization of same-sex marriage. He has assured fans, however, that he is not homophobic.

Related: Kid Rock: “Why, these days, is everything so gay?”

More recently, he’s endured scrutiny over his song  “We The People” in which he attacked Dr. Anthony Faucci. He has also said he will refuse to perform in any venue that requires masks or vaccination for concert attendees, despite canceling shows last year when his entire band contracted COVID-19.

Of course, with clips of the Carlson/Kid Rock interview already circulating, Twitter has wasted no time in weighing in on the pairing…

Kid Rock said in his interview with Tucker Carlson that he's "un-cancellable" because he doesn't have any sponsor or record deals. No, you're un-cancellable because nobody has cared who you were since 2000.

"Kid Rock? Sorry, you must be confusing me with someone else. My name is Adult Boulder" pic.twitter.com/DQpldew31Y

Kid Rock telling Tucker Carlson that he is "uncancelable" might be the most sober thing that simple fuck has ever said. He is right, you can't cancel something literally NO ONE even remembers exists.

He is not a kid & he certainly doesn't "rock"…fucking loser.?

It’s hilarious that Tucker Carlson is now buddies with Kid Rock when the only things they have in common is racism and being born into money.

Tucker Carlson has the top rated show on FOX…and the best guest he could book is F-lister Kid Rock?

Kid Rock is legendary the same way that time I had food poisoning in 2009 is legendary. https://t.co/EIDkTCTDnJ

Good morning to everyone who knows that Kid Rock saying that he's "uncanelable" is laughable. His greasy ass has been canceled for years.