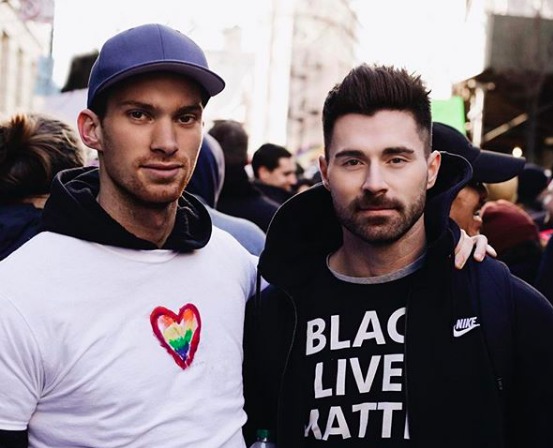 “As someone who lives everyday benefitting from white male privilege I see it as my responsibility to be an ally to oppressed groups. It is so important to center the impacted, listen and learn from those who are oppressed, yield the floor by not speaking over someone and letting them share their own experience. Racism and sexism continue to be toxic forces this country. I refuse to sit around while white people are silent on the unequal advantage they have over people of color.

It’s important to remember that #BlackLivesMatter isn’t about discrediting other lives. It is about giving the same level of respect to black people that white people get automatically. It’s important because they need our help. They understand that all lives matter, but all lives aren’t in danger right now. Black lives are disproportionately being targeted and killed and it’s going to take all of us to stop it.”Kyle Krieger speaking to Gay Times about using his privilege to help others.

Related: Instagram Hunk Kyle Krieger Was Once ‘Held Together By Crack Smoke & Glitter’ And Was Rejected From A Sex Party