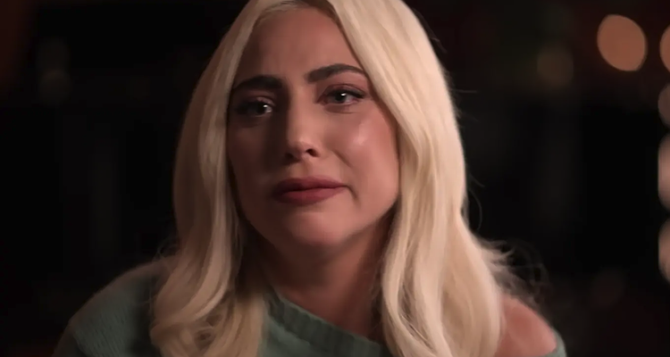 Oscar-winner Lady Gaga has opened up about a trauma she suffered at the hands of a music producer at age 19. She also reveals that the rape left her pregnant.

Gaga made the revelation as part of her appearance on The Me You Can’t See, a new mental health-themed series produced by Oprah Winfrey and Prince Harry. In the first episode of the series, she recounts the horror of her attack.

“I was 19 years old and I was working in the business and a producer said to me ‘Take your clothes off,’” she recalls. “And I said ‘no’. And I left.”

“They told me they were going to burn all my music and they didn’t stop,” Gaga continues. “They didn’t stop asking me and then I just froze and… and I don’t even remember. And I will not say his name. I understand this #MeToo movement, I understand that some people feel really comfortable with this and I do not. I do not ever want to face that person again. This system is so abusive, it’s so dangerous.”

Years later, Gaga suffered a psychotic break from the trauma which forced her to cancel tour dates for her Joanne tour. She received treatment from a psychiatrist at the time.

“First, I felt full-on pain, then I went numb, and then I was sick for weeks and weeks and weeks and weeks after,” she remembers. “And I realized that it was the same pain I felt when the person who raped me dropped me off pregnant on a corner at my parents’ house because I was vomiting and sick. Because I’d been being abused. I was locked away in a studio for months.”

Related: Lady Gaga’s inauguration performance felt like a triumph. That’s because it was.

“You can come back from things like that,” she adds. “But when it hits you really hard it can, it can change you. I had a total psychotic break and for a couple of years, I was not the same girl.”

Fortunately, Lady Gaga was able to get the kind of mental health treatment she needed. She emphasizes though, while it is possible to treat the trauma of sexual assault, it is a process that takes years of self-examination and therapy.

“It’s so important that you surround yourself with at least one person that validates you,” she urges. “When I say validates you, that means somebody that believes you, that cares about you and tells you that your pain matters and that it is real.”

Since undergoing therapy for her trauma, Lady Gaga has gone on to win an Academy Award and received several other nominations. Her first Oscar nomination came for the song “Til It Happens To You,” written for the film The Hunting Ground. The song confronts the realities of sexual assault and the trauma victims suffer.

The Me You Can’t See streams on AppleTV now.