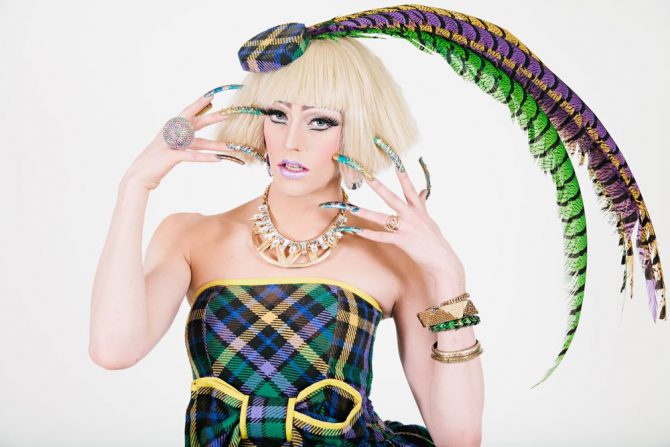 In an honest and, at times, heartbreaking new interview with Gay Star News, RuPaul’s Drag Race alum Laganja Estranja is spilling major tea on the show that helped propel her into stardom. And we can’t say we entirely blame her.

Asked whether she would ever consider returning to All Stars, Laganja says producers approach her every season and she always turns them down. Except last season, when she said yes, but then had trouble passing the psych evaluation.

“There was one year I did say yes,” she recalls. “I did go for the psych evaluation. I’m trying to be creative with how I say this… Long story short, I didn’t get approved that year.”

“I refused to give them the ‘more information’ they required, because it was legally my right to do so. So, I didn’t end up going on that season. Obviously.”

“The fact they’re psych-evaluating contestants explains everything to you.”

Thank you for an unforgettable PRIDE 2019 @heidiklum, and thank you for supporting the LGBTQAI+ community!!

Laganja describes her experience on Drag Race as traumatic, though she can’t say exactly why.

“It’s hard to pinpoint,” she says. “I guess it was the fame … Losing friends. Being so busy. Being so drunk. Everything I did being scrutinized. It was an intense time.”

“I thought people were going to love me, that I was hilarious. That was the feedback I’d gotten from the producers. When I realized my hilarity had been turned into a mockery, it was hard.”

But, she says, she’s not looking for any apologies. Especially from the producers who misled her. After all, she says, they were just doing their jobs.

“They’re there to make television. They have children to feed. While it’s not a job I would ever choose to do myself, I have extreme respect for those who can separate work from real life. It can’t be easy to make someone cry, feel horrible. But it’s their job. I’ve come to terms with that.”

Dipping my way into the weekend like… Photography @xpozdphotography

Still, the experience has clearly left a lingering bad taste in her mouth because Laganja says she’s still in a “weird place” when it comes to her feelings about the show.

“I don’t know. I’ve mixed emotions,” she says. “It’s a gift to be on that show, the platform we gain. [But] I feel right now, in this moment in time, when you ask me this question, if I were to go back, it would be because of financial struggle.”

“My rate’s been what it’s been for the last couple of years. It hasn’t improved. Even though I’ve worked with Miley Cyrus, been on other TV shows. I’m currently on TV right now, on So You Think You Can Dance? Even though I’ve done amazing things, in our community, unless you go on that show, you’re not really coming up. Unless you do something that breaks through.”

That said, she says she feels “an extreme amount of pressure” to return to the show and retell her story.

“I’m more open to the opportunity than I once was,” she says. “I’d love to show people the mature young adult I’ve become. The non-binary, proud being that I am. I wouldn’t even have considered myself non-binary when I started the show. I’ve grown. Who doesn’t want to show that?”