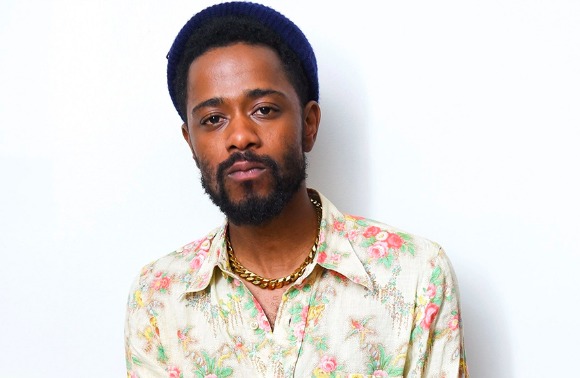 A 20-second clip of Atlanta and Get Out star Lakeith Stanfield spouting off a homophobic rap surfaced online this week. Now, the actor is offering his “sincerest apologies” along with a bizarre explanation for it.

Shortly thereafter it was reposted on Twitter by user @_BayBey, along with the caption: “So @lakeithlakeith from @AtlantaFX && @Sorry2BotherYou Though this ‘freestyle’ (that you can clearly see him looking down & reading) was appropriate?! Lol ppl are truly Homophobic weirdos Lakeith Stanfield sis you played yourself.”

So @lakeithlakeith from @AtlantaFX && @Sorry2BotherYou Though this “freestyle” (that you can clearly see him looking down & reading) was appropriate?! Lol ppl are truly Homophobic weirdos Lakeith Stanfield sis you played yourself pic.twitter.com/5N5F7Nexs2

Now, the 26-year-old actor claims that it wasn’t actually him in the video, but rather “a character.”

The character he was playing, Stanfield says, is “definitely not in line with and I definitely don’t believe those things.”

He continues, “I’ve never been homophobic. Have never agreed with homophobic thought or hatred toward anyone for that matter.”

Except for that time he was homophobic. But apparently that doesn’t count. Since it wasn’t him. Even though it looked like him and it was posted to his personal Instagram account and there was no mention of it being anyone other than himself.

“I’m a person that moves in love and I want to promote and continue to push that,” Stanfield says. “I apologize if I hurt anybody, sincerely. That wasn’t my intention—to be somebody that was out here just slinging arrows and hurting people.”

“I want them to know that I apologize that they had to feel sadness from that. So my sincerest apologies.”