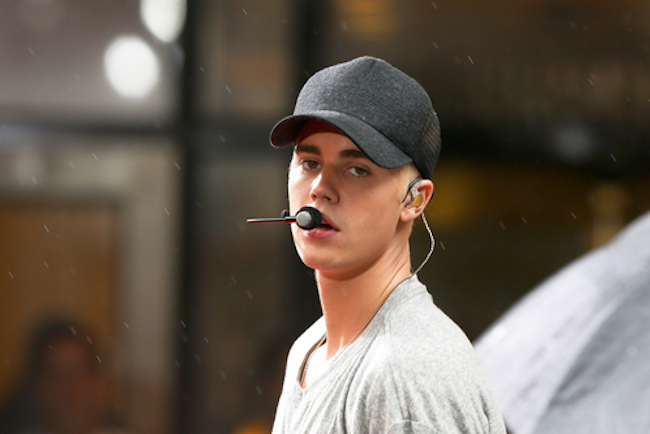 On Wednesday evening, Justin Bieber accidentally plowed into a paparazzi photographer with his pick-up truck in Beverly Hills.

The accident occurred as the 23-year-old pop star was leaving Hillsong Church, where he’d attended a service.

A video featured on TMZ shows Bieber getting into the truck, which was swarmed by paparazzi, and trying to drive away.

A 57-year-old photog, standing by the passenger side of the truck, wound up getting hit as Bieber tried to leave.

He stayed at the scene and cooperated with officers, and the photographer was taken to a hospital with minor injuries.

According to Entertainment Tonight, the accident occurred around 9:25 p.m.

Witnesses posted several photos to Twitter and Instagram that showed Bieber leaning into a man lying on the sidewalk. Others showed him talking to police and cameramen.

Little news before it gets on TMZ: Bieber just ran over a paparazzi with his truck. pic.twitter.com/iPN5cIRU8W

@justinbieber just ran the paparazzi over outside church. ?

“Hanging in there everybody … Hour before my birthday hits, I get ran over by Justin Bieber. Isn’t that something? He’s a good kid, though. I think the truck was a little bit too big for him though ’cause there’s no way he could see over the front — the slope it was on.

But like I said: He got out, he was compassionate, he’s a good kid, accidents happen. Hopefully everything works out here. Getting ready to go into X-ray right now!”