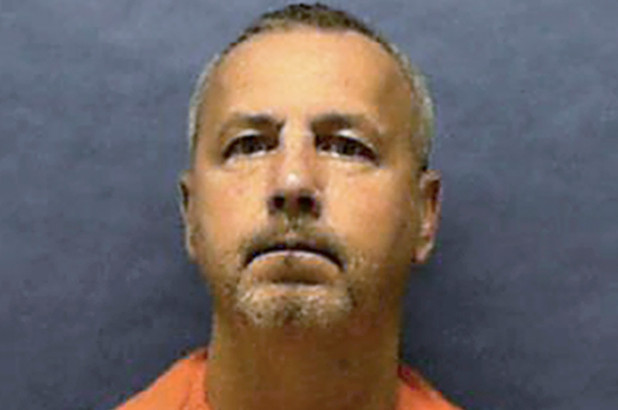 Gary Ray Bowles, the 57-year-old serial killer convicted of the murder of six gay men, underwent execution in Florida yesterday. Just before receiving his lethal injection, he had some chilling words.

Bowles did not speak to the press prior to his execution. Following his death, a spokesperson related his words to reporters, as well as disclosed Bowles’ final meal: a cheeseburger.

“I’m sorry for all the pain and suffering I have caused,” Bowles said in his final moments. “I hope my death eases your pain. I want to tell my mother that I am also sorry for my actions. Having to deal with your son being called a monster is terrible. I’m so very sorry. I never wanted this to be my life. You don’t wake up one day and decide to become a serial killer.”

The remorseful words mark a stark contrast with previous statements made by the murderer who targeted gay men in 1994 along Florida’s Interstate 95. “The people I’ve killed were all connected in the same way,” Bowles said in a 2014 interview. “In my mind, they all got what they deserved. I thought it was the right thing to do…I just wanted to kill as many people as I could before they caught me.”

A jury convicted Bowles of the murder of Walter Hinton, John Hardy Roberts, David Harman, Milton Bradley, Alverson Carter Jr, and Albert Morris–all gay men. Before killing his victims, Bowles would torture and humiliate them by shoving objects down their throats like a sex toy, leaves or toilet paper. Bowles claimed that he grew to hate people after working as a gay prostitute. In addition to his murder convictions, he also served prison sentences for robbery and violent rape.