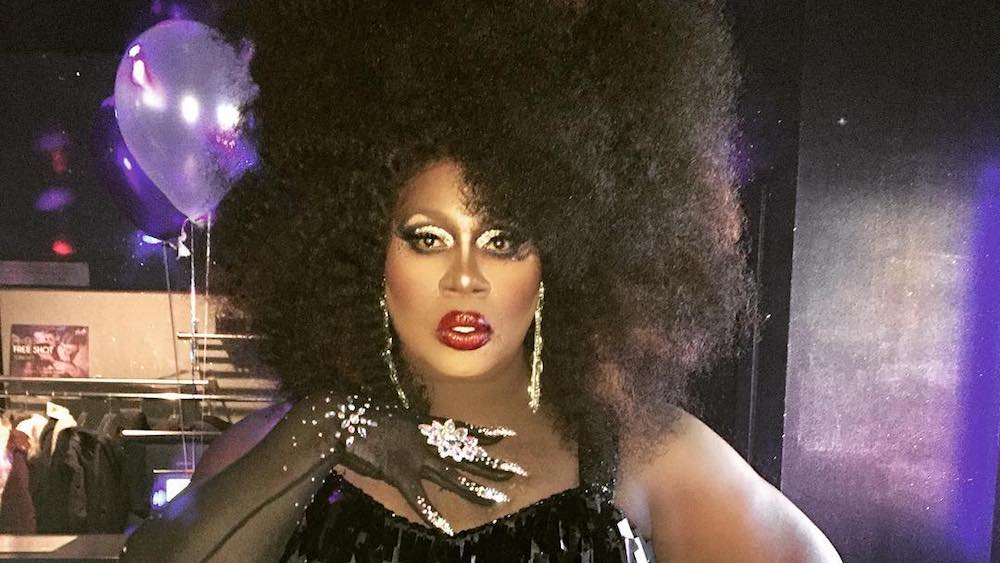 Most fans of RuPaul’s Drag Race remember Latrice Royale as the Season 4 and All Stars Season 1 competitor who is “large and in charge, chunky yet funky, bold and beautiful, baby.” But this election season, she’s also telling her fans to go out and vote because she’s legally forbidden to do so.

This year voters in Florida could help restore her right to vote along with that of 1.6 million other ex-felons living in the state.

At age 30, Royale (birth name Timothy Wilcots) was pulled over by police in Fort Lauderdale, Florida and arrested for carrying marijuana and Klonopin, a tranquilizer commonly used to treat panic attacks. In Florida, carrying Klonopin without a prescription is a felony charge.

Although he was placed on probation, he ended up missing a probation meeting and was arrested five years later on a felony probation violation. From Halloween 2006 to Oct. 28, 2007, he was imprisoned. During that time his mother died. He wasn’t able to go to the funeral. Afterward, he was no longer allowed to vote.

That’s because Florida is one of three U.S. states that have laws that take away voting rights from convicted felons for life.

In a weekend Instagram post, Royale writes, “I made a mistake! I paid for my crime! I pay my taxes! I spread #Love not #Hate I am my #Best self to date! I DON’T HAVE MY RIGHT TO VOTE! I urge ALL THAT HAVE A VOICE, PLEASE VOTE! Speak for people like me who can’t! I am proud! I am #American but I can’t say that I’m a Proud American! We have much work to do my babies! I love you all! #Vote #MakeUsProudAgain#MakeThemEatIt.”

From #Prison To #Pristine – Sharon Needles @sharonneedlespgh my #season4ever sister gave me my #new #tagline But more importantly is the message to follow. I made a mistake! I paid for my crime! I pay my taxes! I spread #Love not #Hate I am my #Best self to date! I DON’T HAVE MY RIGHT TO VOTE! I urge ALL THAT HAVE A VOICE, PLEASE VOTE! Speak for people like me who can’t! I am proud! I am #American but I can’t say that I’m a Proud American! We have much work to do my babies! I love you all! #vote #makeusproudagain #makethemeatit

But what Royale fails to mention is that this year Florida has a measure on the ballot, Amendment 4, that could restore voting rights to 1.6 million former felons (basically anyone who didn’t commit a murder or sex offense). If it passes, Royale will get to vote again and #MakeThemEatIt.

Amendment 4 is especially important because Florida’s current system of restoring voting rights to ex-convicts is seriously messed up.

As things currently stand, five years after a Florida felon serves their time, they can apply to have their voting rights restored. If their application is approved — a process that takes anywhere from a decade to 38 years — they can have an invasive hearing in front of a three- clemency panel to possibly restore their rights.

The governor has the final say and their decision isn’t based on any sort of set criteria — it’s literally just whatever they feel like doing. In 2016, 3,188 former Floridian convicts applied to have their rights restored and only 473 were given back that right.

There are a million reasons to vote in the midterm elections. But if you live in Florida, Royale just gave you another very important one.