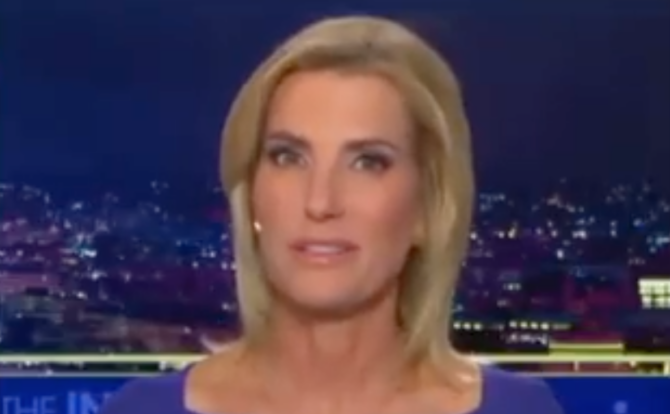 In “Positively Boosted,” a recurring segment on her show where she flippantly highlights vaccinated public figures who catch the disease, Ingraham discussed the 63-year-old general’s diagnosis.

“And who else? General David Berger, the Marine Corps commandant, also positively boosted.”

Despite the graphic next to her that notes Milley is experiencing only mild symptoms, Ingraham does not mention that the vaccine has been shown to be extremely effective at protecting against severe illness, hospitalization and death from the highly contagious Omicron variant.

“We certainly hope they’re all healthy and fine, but stop pushing your mandates on us,” Ingraham says later in the segment.

The words of Curtis Ingraham, Laura’s older, gay brother, come to mind: “She’s very smart, she’s well-spoken, but her emotional heart is just kind of dead,” he said in 2018.

Laura Ingraham actually has a segment on her show called ‘Positively Boosted’ where she rejoices over people who test positive for COVID after being vaccinated. She of course fails to mention these people are far less likely to be hospitalized or die, or that she is vaccinated. pic.twitter.com/l2JRTyPZ1r

Why would FOX’s Laura Ingraham clap her hands and smile on the air upon learning that General Mark Miley had contracted Covid-19? What an awful, despicable, person. Kind, sensible, civilized people just don’t do things like this. Do your soul a favor – stop watching FOX.

I'm shocked that Laura Ingraham–who mocks survivors of school shootings and mocks police officers who were traumatized and beaten on 1/6–smiled and clapped at the news that an Army General/Joint Chiefs Chair contracted COVID. Shocked! ?

Laura Ingraham clapped when she heard that General Milley got COVID, but Milley is vaccinated and will survive while @IngrahamAngle's unvaccinated viewers will die from the disease and her disinformation campaign.

1) It’s not news anymore when officials catch Covid unless they’re hospitalized or die.
2) If Laura Ingraham cared about her viewers she would do a segment about people who rail against vaccines and die, because her audience needs to hear that.
3) What a morally bankrupt person. https://t.co/90ZiqxOFrA

Laura Ingraham gleefully clapped her hands, live on-air, when she learned Gen Mark Milley was infected with COVID.
FYI: Laura Ingraham's show is what happens when you leave creamy white mayonnaise in the hot Alabama sun; rancid, toxic, and unfit for human consumption.

Laura Ingraham has a segment on her show, with animations and everything, where she shares how delighted she is that people perceived to be enemies of the GOP have contracted COVID. How is that journalism?

I wonder how many gifted doctors and nurses are being driven out of medicine so Tucker Carlson, Dan Bongino, Ted Cruz, and Laura Ingraham can keep cashing million-dollar checks for spreading lies about #COVID19?