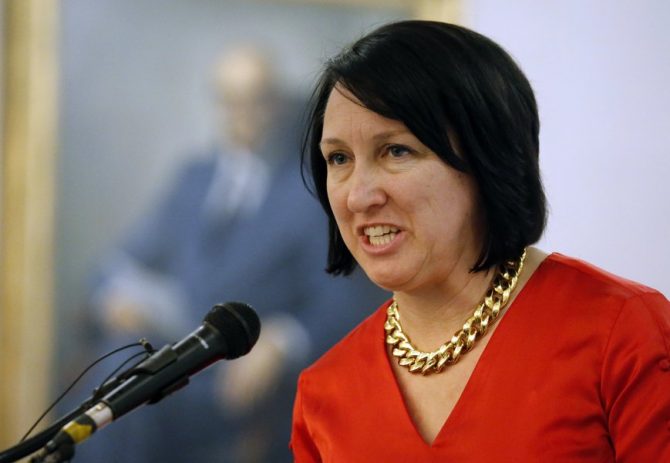 Republican House Judiciary Committee Chairwoman Karianne Lisonbee of Utah is in the middle of a shitstorm of her own making and she doesn’t appear to be handling it well.

It all started last week over HB399, a bill in the Utah legislature that aimed to ban conversion therapy.

Despite wide public support and overwhelming evidence against the practice provided by both the LGBTQ and medical communities, Lisonbee gutted the bill.

A huge public outcry ensued, prompting the state’s Republican governor to write an apology to LGBTQ youth for letting them down.

If that wasn’t bad enough, also last week, the Associated Press reported on past Facebook comments made by Lisonbee in which she attacked LGBTQ people, including one post that questioned whether living a “homosexual lifestyle” led to suicide.

In another, she said electric shock therapy is “horrifying” but shouldn’t be considered “torture” if used to try to change someone’s sexual orientation.

Now, an embattled Lisonbee says she has become the target of online bullying, whining that she and her family have received an “onslaught of vitriol, the likes of which I have never seen”.

In a statement to her colleagues, Lisonbee addressed the AP report specifically, apologizing for any “tension I have brought to our body” while also noting that the homophobic comments were written six years ago and were never intended to be made public. (She wrote them on her brother-in-law’s wall.)

Apparently, in Lisonbee’s warped imagination, homophobia is OK so long as it’s practiced behind closed doors.

She also claimed that the AP report “drew incorrect conclusions” about her, though she didn’t cite any specific inaccuracies.

Lisonbee went on to say that, since being outed as a homophobic trash human, the “vile messages” flooding her social media pages have become too much, forcing her to deactivate both her Facebook and Twitter accounts.

Not only that, but she’s been bombarded by protestors.

“On Friday, I was informed by Law Enforcement that a group of people are coming to protest in front of my house tomorrow,” Lisonbee’s letter also stated. “I was encouraged to either secure my family inside the house or take my children and leave town.”

A group of activists did gather outside the Utah House chambers on Monday and said they’ve asked Lisonbee to apologize to LGBTQ youth for her hurtful actions and remarks.

Lisonbee met briefly with the three of the protestors who later said she wouldn’t apologize directly for her actions, but she did express an openness to continue the conversation later.