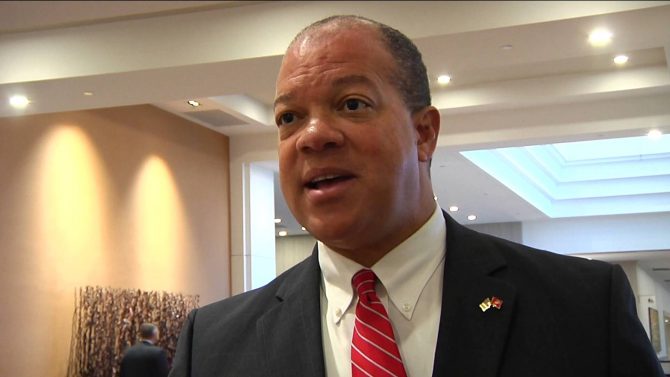 Republican Florida state Rep. Mike Hill might want to start updating his resume because he may soon be out of a job.

In the recording, the 61-year-old lawmaker is heard saying that being gay is a choice and therefore unworthy of protections in the Civil Rights Act, like those for race and gender.

When a man in the crowd calls for legislation to fulfill the Biblical “prescription” to put gay people to death, Hill laughs then quips: “I wonder how that would go over.”

Hill’s comments were quickly denounced by both Democrats and Republicans alike and led to protests and calls for his resignation.

Initially, Hill responded to the backlash by digging in his heels, saying his remarks were “taken out of context” and accusing those against him of a conducting “social media lynching.”

Your social media lynching is despicable. I never laughed at a joke about killing gays, and you know it. Your trash media has a history of attacking me. https://t.co/IMM5ghNwe3

Now, he’s switching up his strategy. Rather than doubling down on what he said (and discounting the lives of thousands of actual lynching victims in the process), he’s apologizing. Sort of.

Yesterday, Hill issued an apology, saying he “deeply regrets” his response to the man suggesting gay people be put to death.

“I deeply regret how the tone of my response to a constituent was received at this event,” the statement read, in part. “I believe that no matter one’s race, sexual orientation, religious affiliation, economic status or otherwise, that all lives are created equal in the image of God.”

“I apologize for not directly responding to the fact that the premise for this question was inaccurate.”

Then he took Twitter to further defend himself, saying he wasn’t laughing at the idea of killing gays but at the “absurdity” of the suggestion.

“I never laughed at gays being executed,” he tweeted. “I chuckled at the absurdity of me submitting legislation of such that a person suggested in the audience.”

I never laughed at gays being executed. Fake news made up by libelous @andymarlett! I chuckled at the absurdity of me submitting legislation of such that a person suggested in the audience. https://t.co/BWn1vRHNQW

Because that’s so much better.

Listen to the leaked audio below. Or don’t.

Related: Leaked audio: GOP Rep laughs about executing queers after explaining being gay is a choice