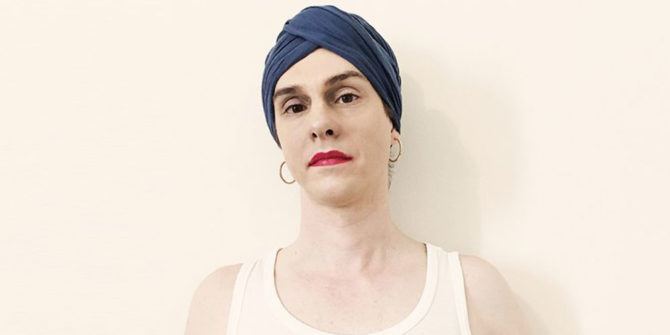 LCD Soundsystem, the Brooklyn-based band with a diehard fan base, has popped up in the news recently after joining forces following a five-year hiatus. But Gavin Russom, the synth wizard who joined the group in 2010, is the subject of headlines today after she came out publicly as a transgender woman.

In a sit-down with Pitchfork, Russom explained that the past year has been one of growing more confident and comfortable expressing her trans identity and switching pronouns. And though she’s decided to continue using her given first name, she’s welcoming other changes with open arms.

“Over the last year and a half, I went from my trans identity being something I was in touch with and worked through in one way or another, to suddenly this shift where it’s on the front burner,” she told Pitchfork. “Now it’s time to become a whole person.”

She also spoke about how she came to understand and interpret gender identity, beginning during childhood. In her 20s she began experimenting with gender norms in her wardrobe, which she says often came with “violence and harassment” on the street.

“That was part of my daily experience. Sometimes, if they happened to be walking behind me at enough distance where they would read me as feminine, they would catcall me. Getting closer to me, they would see me as masculine and then become very angry. I was assaulted on a number of occasions.”

Russom also described the internalized trans-misogyny she had to work though, explaining that it “made it really scary to talk to people and walk thorough a lot of self-doubt.” She found it difficult to express herself fully in the male-dominated electro scene, and often turned to substance abuse to cope with the stress.

Russom will perform publicly as a trans woman — a DJ set at Chicago’s gay Berlin Nightclub — on July 13.

“I’m the happiest I’ve ever been,” she added in an interview with Grindr.

The gig is being advertised with a flyer that shows her in the same makeup and head wrap she shared on Instagram: 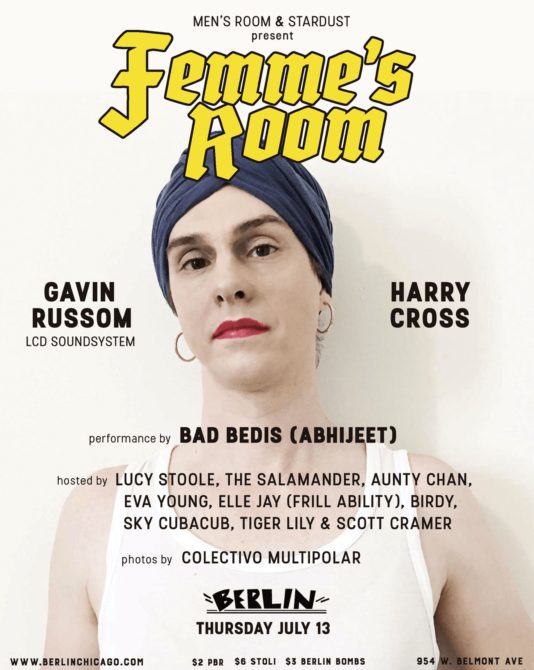