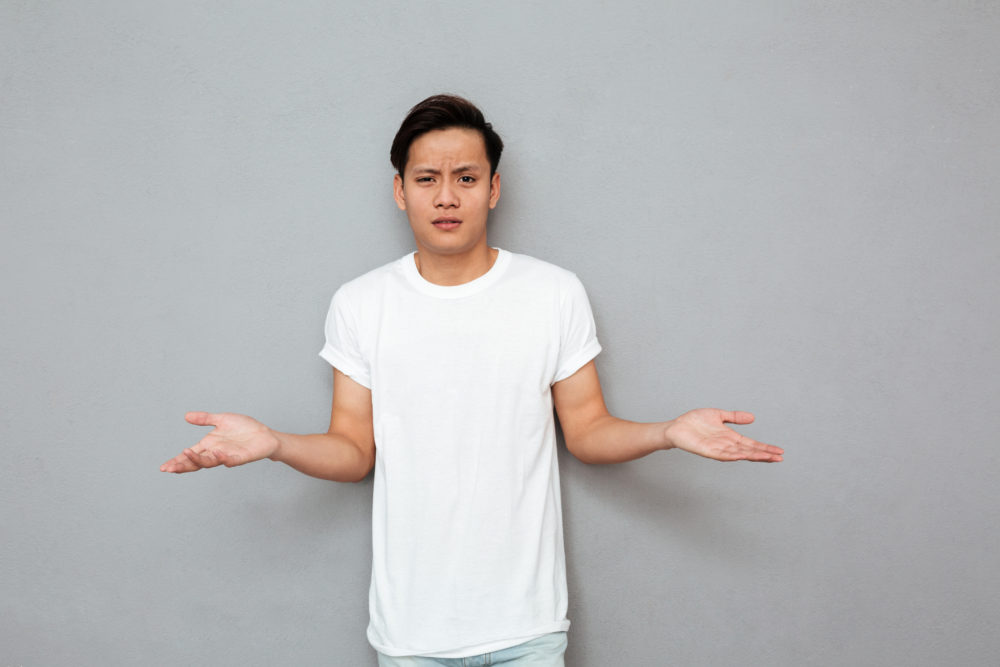 You’re cute… for an Asian.

These are just a few of messages 29-year-old Jason says he received back when he was on dating apps.

“It was really disheartening,” he tells NPR in a new interview. “It really hurt my self-esteem.”

Jason is a gay Filipino man living in Los Angeles. He’s currently working on his Ph.D., which keeps him pretty busy. After seven years of being single, he decided to see what was out there and joined a few apps. But instead of love, what he found was a lot of racism.

Related: Are Asian Men “Desexualized And Emasculated” By The Media? This Guy Thinks So.

“It was it was hurtful at first,” he explains. “But I started to think, I have a choice: Would I rather be alone, or should I, like, face racism?”

Sadly, Jason says he felt he had no option but to deal with the constant rejection because of his ethnicity or be single indefinitely.

And he’s not alone in feeling this way either.

In a 2017 interview with Queerty, comedian Peter Kim, who describes himself as a “fabulous husky gaysian”, said Asian guys constantly find themselves on the receiving end of sexual racism.

“You can call it what you want, but it’s straight up disrespect and I’m not having any of it,” he said. “Idiots who say ‘No Asians’ are the same trash gays who say ‘No Fats, No Fems, Masc only’ and other basic Grindr sh*t like that.”

“It’s usually white gays,” he added, speaking from his own experiences.

“Sexual racism is nothing new by any means,” he told Queerty in a 2016 interview. “A job advertisement listing ‘no Asians’ would obviously be considered prejudiced and discriminatory. So why is a hookup ad different? Why is it that a hot chest pic suddenly becomes blockable when an Asian face is revealed?”

Nguyen added that, contrary to what some men still like to believe, not being into Asian men (or any other specific race, for that matter) isn’t a “preference.” It goes much deeper than that.

“I’m more than happy to support people’s personal preferences, sexual and otherwise,” he says; however, “much of what we call ‘preferences’ are actually shaped by cultural norms and social institutions. Racism is not a preference, it’s a social institution that confers benefits and privileges to some while excluding others.”

Jason tells NPR he’s out of the dating game these days after meeting his current partner. And while he had to endure a lot of rude comments, racist remarks, “you’ve been blocked” alerts, he’s happy now.

“Everyone deserves love and kindness and support,” he says. “And pushing through and holding that close to yourself is, I think, actually also what kept me in this online dating realm–just knowing that I deserve this, and if I am lucky enough, it will happen. And it did.”