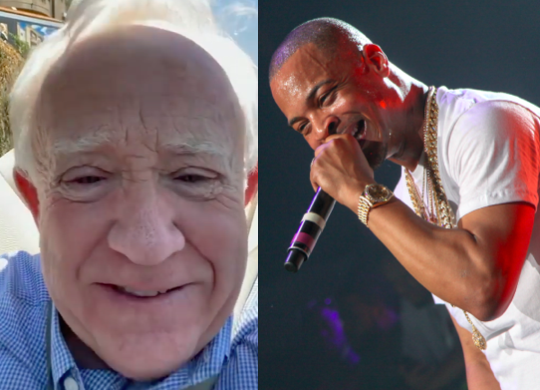 Leslie Jordan recently took to Instagram to weigh in on T.I.’s misguided defense of DaBaby, when he accused LGBTQ of being bullies for holding the 29-year-old rapper accountable for his homophobic remarks.

66-year-old Jordan admitted that, despite watching a lot of television, he doesn’t actually know who T.I. is, mistakenly calling him “T.M.I.” before quickly correcting himself.

“He said some very homophobic things,” Jordan explained. “But I don’t know who that is. I’ve never heard of him ever. And I watch TV and everything.”

Somehow, Jordan’s words reached T.I. and they were just what the 40-year-old needed to hear.

Responding on Instagram, he thanked Jordan for sharing his perspective “without being offensive or negative” then he said he would “welcome the opportunity to speak with you on the matter.”

“I truly believe that moments of calamity and confusion are teachable moments,” he continued, “as long as we’re willing to communicate respectfully having open ears, open minds, and open dialogue without attacking or condemning one another.”

Shortly after that, Jordan responded: “This was a classy move, my friend. You made my day. Thank you for reaching out and I wish you nothing but ✌️ and ❤️. And yes, I am sure we have much more in common than we do differences. Dinner on me when we meet. Love. Light. Leslie.”

We love that these two were able to find some common ground. We hope their dinner date is just as successful.