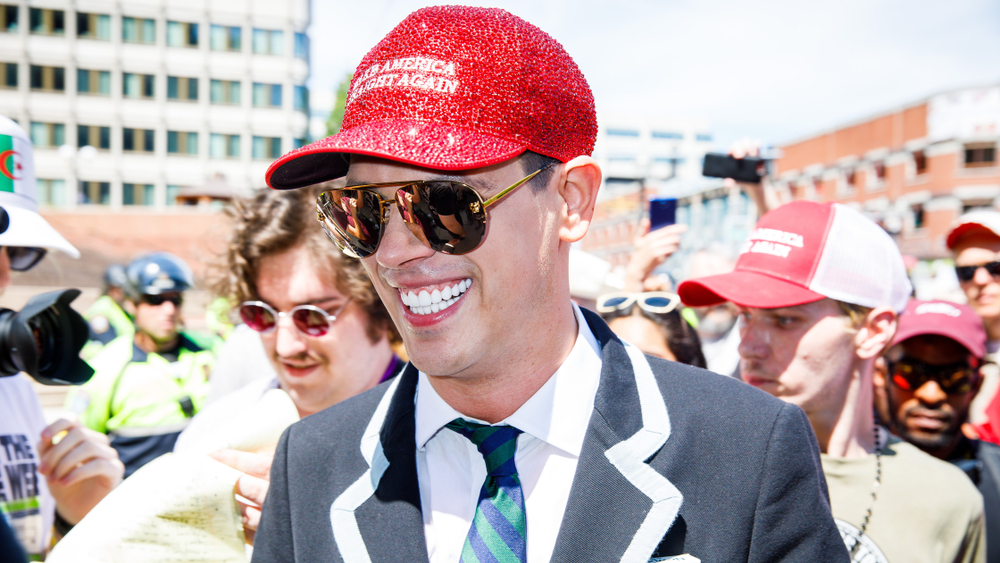 Poverty and friendlessness are no laughing matter … except for when they happen to Milo Yiannopoulos!

In a recently revealed Telegram chat, the white supremacist troll and child-rape enthusiast lamented the fact that he’s broke because he can’t get a profitable audience ever since Twitter and Facebook banned him for hate speech in 2016 and 2019, respectively. Awwww!

Related: Milo Yiannopoulos just got ripped off by conservatives in Oklahoma

In his Telegram, he wrote:

“I spent years growing and developing and investing in my fan base, and they just took it away in a flash. It’s nice to have a little private chat [on Telegram] with my gold star homies but I can’t make a career out of a handful of people like that. I can’t put food on the table this way…. It’s not a good use of my time to be here. Talking to the same 1,000 people, none of whom buy books, tickets to anything or donate…. I can’t find anyone who’s managing to grow a really big channel here…. Everyone is hitting a wall. There’s no future to Telegram for social media refugees if this is the best it gets….”

“I’m clinging on for dear life. And I’ll never give up. But holy f*cking hell the base in America SUCKS. Frankly they deserve to lose their country and if by some miracle we manage to save it, it’ll be no thanks whatsoever to voters, readers, subscribers and ENTIRELY thanks to the few brave souls battling on the front lines, beyond all reason and hope.”

Yiannopoulos has established new channels on Gab and Parler, two recently launched Twitter-alternatives that take pride in allowing hate speech. So how are those working out for him? (Tee-hee.) NOT GREAT, it turns out. In his own words:

“- Gab: relentlessly, exhaustingly hostile and jam packed full of teen racists who totally dictate the tone and discussion (I can’t post there without being called a pedo like infiltrator half a dozen times)
– Parler: zero interaction, no one is there
– Telegram: a wasteland”

Wow, Yiannopoulos hasn’t spoken this harshly about his audience since he appeared Info Wars to sell useless nutritional supplements. Perhaps he’s freaking out because he’s more than nearly $2 million in debt due to wedding and legal costs? We thought being the grand marshal of Boston’s recent Straight Pride parade (which was attended by a whopping 100 people) woulda paid well — turns out no.

The real takeaway here — apart from Yiannopoulos being laughably sad — is that de-platforming works. When we deny hateful people a platform for spreading their toxicity on mainstream social media networks, it not only reduces their power, it punishes them for their violent behavior. Good times!