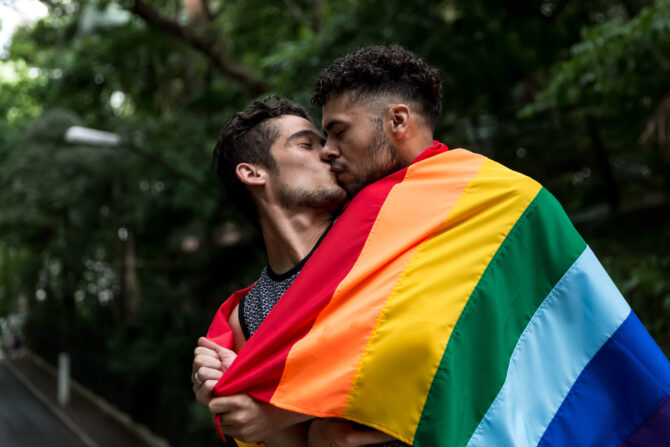 Now that Pride Month has begun, you know what that means: Brands are adding rainbows to their Twitter avatars to celebrate!

While we always appreciate the show of support, we also know that, just because a company wants us to know they support the queers, it doesn’t mean they always have our best interests at heart. (But, truly, a big thank you to all of the corporations and organizations who actually put their money where their mouth is in that respect!)

Still, we can’t resist making note of these seasonal adjustments every year. Thankfully, Vulture Twitter Editor and all-around social media guru Wolfgang Ruth has taken the liberty of diligently documenting the most notable brands and entities that have changed their profiles to something more “colorful” for June 2022.

Inspired by Wolfgang’s Twitter thread, let’s take a look at some of the significant profile updates this Pride Month and assess which leave us feeling the most proud.

kinda chic ill let them have it pic.twitter.com/XWc9gFXOXs

The soda brand’s rainbow gradient avatar is aesthetically pleasing, but can we really call that a Pride Month revamp, or is it—in the immortal words of RuPaul’s Drag Race season 10 contestant The Vixen—”Too vague“?

We appreciate the fact that Rotten Tomatoes has included all of the colors of the full Progress Pride Flag, but now we’re just waiting until the movie review aggregator goes the extra mile and breaks the binary of the “Rotten/Fresh” ratings.

This is about as straightforward as you can get: Adding a rainbow to your instantly recognizable brand logo. It’s the tried and true method for Pride Month, simple and effective—whoever decided to make CVS receipts so ridiculously long should take some notes!

ok but i still have loans pic.twitter.com/ukEj2qUvfP

Oh, Joe. The banner photo looks nice, it really does—we were just hoping for something a little flashier from the Ally In Chief. Here’s to hoping the Biden administration really puts the work in this month (and all year round) to let us know they stand by the queer community.

The world’s largest airline gets bonus points for also including a rainbow in their banner photo—a double rainbow! It’s a nice gesture even if the edit does leave something to be desired.

Eternal Progressive spokesperson Flo took the same soft-focus rainbow background approach as Coca-Cola, but the key difference here is that she’s definitely a queer icon and has helped save us money on car insurance, so she gets a pass. Now that is progressive.

Thank you, Duolingo Owl, for all you’ve done for the community.

Being completely honest, this feels very cool to see. Major League Baseball, like all national sports leagues, is catering to a wide audience across the country, so we applaud them for not hiding their allyship. Baseball: it’s America’s gayest pastime!

okay this is actually legend pic.twitter.com/gCNMXDOXjD

It’s none other than the Pop Girl to end all Pop Girls, Mariah Carey! To be clear, we would’ve loved to have seen a lot more from Mimi, but she has given us so much over the years (including veritable gay anthems like “Heartbreaker” and “Emotions” to name a few), so doesn’t it feel a little greedy to ask her for more? Mariah has more than earned the right to give us but a minor Twitter bio update, touting her latest Pride Merch with two Pride Flag emoji, and you know what? We will be buying! Perhaps Wolfgang sums it up best: This is “actually legend.”