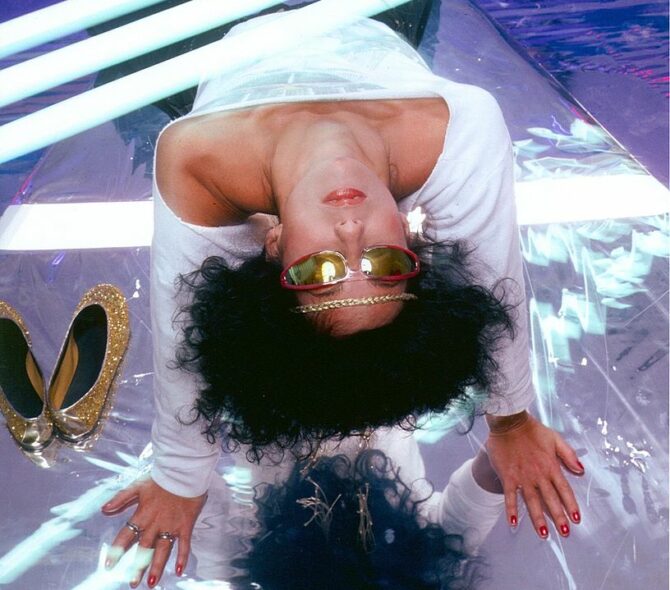 We recently revisited Liza Minelli’s long-forgotten 1989 electronic dance album Results. Next, we thought we’d take a look at another lesser-known release by a different one of our favorite gay icons.

In 1982, Cher released I Paralyze, a strange mix of soft rock and new age songs with a few rockabilly ballads thrown in for good measure. It was her first and only release on Columbia Records and a commercial flop that ultimately resulted in her taking a five-year hiatus from music. 40 years later, I Paralyze remains one of her weirdest and most underappreciated efforts.

Related: That time Cher and Meat Loaf teamed up to record one of the most ’80s rock songs ever

The first single off the album was “Rudy.” At the time it was released, the song didn’t chart and received almost no airplay. Today, however, many diehard fans consider it to be a hidden gem from the singer’s back catalog, which could explain why she included it on her 2003 greatest hits album The Very Best of Cher despite it not being a hit.

Cher chose the album’s title track as the second single, making an appearance on American Bandstand in the summer of 1982 to promote it. She followed up the performance with a short interview about the new movie she was working on.

“I’m doing a film with Meryl Streep, and Mike Nichols is directing, and Kurt Russell,” she said. “And it’s the story of Karen Silkwood.”

Silkwood, of course, would earn Cher a Best Supporting Actress nomination at the Academy Awards in 1983, paving the way for her Best Actress win for Moonstruck in 1987.

Sadly, “I Paralyze” suffered a similar fate as “Rudy” and failed to make an impact on the radio or with audiences. And so the label stopped promoting the project and Cher turned her attention toward her acting career before making a comeback with her 1987 self-titled album.

In 2000, she did an interview with Behind The Music, during which she said “I Paralyze” was one of her most favorite songs she had ever recorded, explaining, “I loved it then, and I still love it now, and I want to re-record it.”

We’ll leave you with one more song from I Paralyze. “When The Love Is Gone” is a piano ballad written by Desmond Child, who would go on to pen several more songs for Cher over the years, as well as a number of other gay artists and icons, including Ricky Martin, Joan Jett, Clay Aiken, and Hilary Duff.

A remastered and expanded version of I Paralyze is available to stream on Spotify, Amazon, or wherever you listen to music.

People on Twitter love this long-lost album, as well! Here’s what they’ve said about it over the years…

We all know the hot chick behind these cool sunglasses. I love I Paralyze. Another of my favorite Cher albums 80s vibes ???? pic.twitter.com/kCf9v3PGqK

Kind of need Cher to re-record I Paralyze immediately

How did I not know about @cher’s “I Paralyze” until last night?? Seriously, was I even gay before?! I had this song on repeat until 3:00 AM no joke. pic.twitter.com/DdfmUW3Qjm

People need to appreciate Cher’s lesser known albums better. Black Rose, I Paralyze, Cherished, I’d Rather Believe In You, Stars, & Take me Home are all hidden gems and have some of her best works on them

Cher for an Album Cover session for "I Paralyze" (Photo by Harry Langdon) She’s so fucking cool. pic.twitter.com/S2yWQh2Pkl

No one asked but the best Cher albums are Heart of Stone, Love Hurts, Stars, Cher (1984), and I Paralyze

Happy Sunday everyone I'm enjoying today listening to @cher I Paralyze getting my school work done. Hope all of you have a prosperous week. ??? pic.twitter.com/CdUJhfr6tg

I Paralyze is actually one of cher’s best albums but i don’t think y’all are ready for that conversation yet.