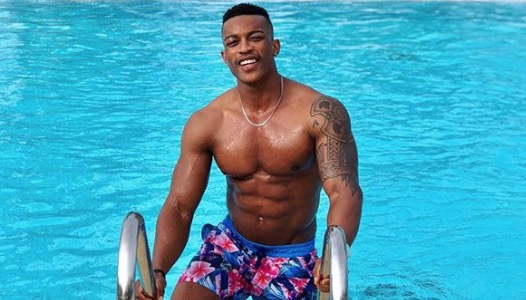 Or at least… it tries to.

Unfortunately, whoever did this year’s nominating made a pretty glaring error: A nominee for “Hunk of the Year” turned out to have an ugly antigay past.

Tumi Seeco (above) is a fitness model and Instagrammer with a sizable following.

He also once said he’d disown his son if he “turned gay”, so he’s probably not the best candidate for any awards from the LGBTQ community or any community for that matter.

To the Feather Awards’ credit, they dropped him just hours after announcing this year’s nominees.

That doesn’t make Seeco’s comments on gay people any less off-putting, however.

In two since-deleted tweets, he had these pearls of wisdom to share with the world: 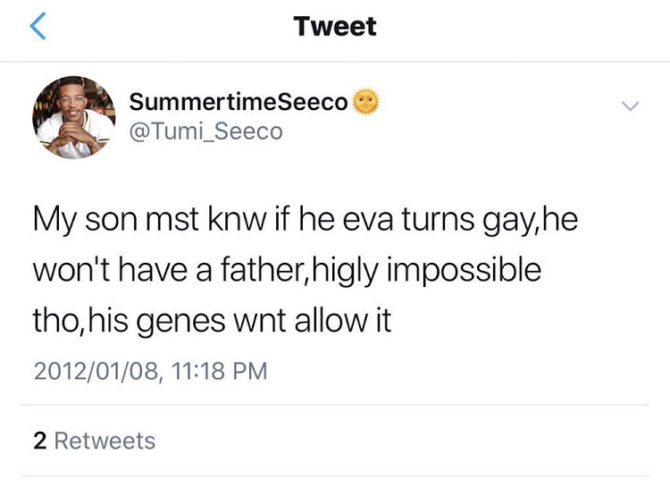 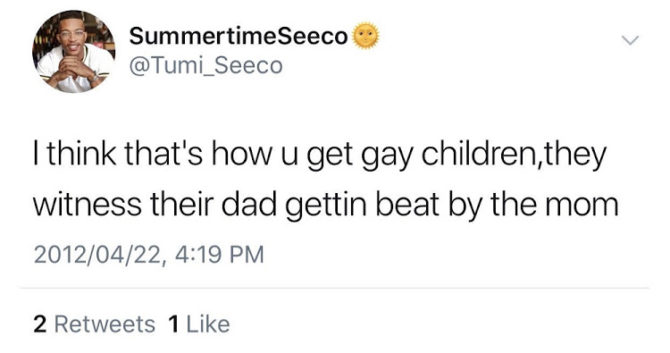 The Feather Awards released this statement after the tweets were uncovered:

“As an event dedicated to fighting homophobia and discrimination against sexual minorities, the Feather Awards has a zero tolerance attitude to such prejudice. Tumi Seeco’s nomination is withdrawn with immediate effect.”

They also went ahead and nominated a new Hunk of the Year in Seeco’s place:

“The Feather Awards extends their heartfelt congratulations to [Advocate of the High Court, Dominic Khumalo] on the occasion of his nomination, and wishes him all the best in the run-up to the awards event,” the statement went on to read.

We rarely think about forbearance in politics, and yet democracy cannot work without it.

He who is destined for power—does not have to fight for it.