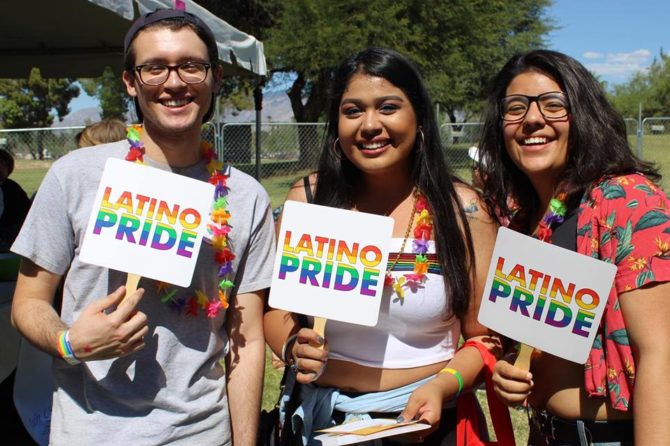 The LGBTQ Latinx community in Phoenix is about to give Donald Trump a collective F.U. as it gears up for its first-ever Latino Pride Festival.

The event will be held on December 1 near downtown Phoenix and is being organized by the nonprofit Latino Pride Alliance. It will include a full-day of music, dancing, art, food, and celebration.

The whole thing has been spearheaded by Steve Gallardo, an openly gay Maricopa County Supervisor who first launched the alliance in 2017 as a “passion project.”

“Everyone’s invited no matter what community they come from,” he tells AZ Central. “But we’re reaching out to families who haven’t been to any Pride before. Some may have a negative feeling toward LGBTQ people, but regardless of that, there is bound to be someone in your family who is LGBTQ.”

To all our young people who are struggling with who they are and who they love. It’s important to alway remember, you’re not alone and everything will be OK. #NationalComingOutDay pic.twitter.com/KXhd2zR4Y7

50-year-old Gallardo, who came out publicly in 2014, goes on to describe the festival as much more than just a one-day community event. He says it’s an opportunity for local Hispanic musicians, drag performers, and other queer artists to have a moment in the spotlight while connecting with others.

“Here, they can find something they can relate to through music, art and food, and bring friends and family while expressing themselves.”

Ultimately, he says, he hopes the festival opens hearts and minds during a time when Latinx people are being demonized by the Trump administration.

“I want people to come and help them understand a little bit more about the Latin community and LGBTQ people for a common good,” he says. “It’s for everyone.”

He adds: “This sends a message to every young Latino who wants to stand on top of the table and shout at their homes that they’re heard. We’re giving them a venue to meet other LGBTQ people when they may walk through the halls every day struggling with who they are and love.”

Related: What It’s Really Like To Be A Gay Latino