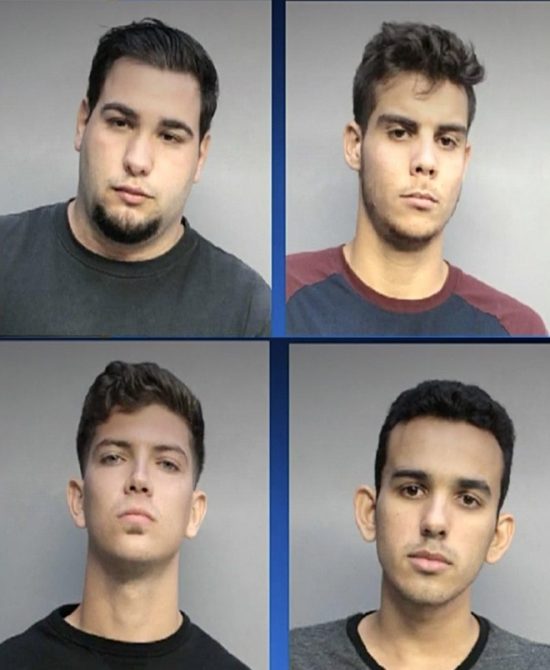 A spokesman for SAVE, South Florida’s largest queer advocacy group, has issued an apology after honoring four men accused of a violent attack on a gay couple in what police are investigating as a hate crime.

Tony Lima, Executive Director for SAVE, released a Facebook apology video on Friday claiming he spoke in “haste” following a ceremony in which he recognized the four men for their charity work while speaking at an annual Champions of Equality Gala for SAVE.

In the video, Lima explains that SAVE was contacted by the parents of 21-year-old Juan Lopez several weeks ago to arrange for Lopez to volunteer with the group.

Lopez and three other men–Adonis Diaz, 21, Pablo Reinaldo Romo-Figueroa, 21, and Luis Alonso-Piovet, 20–all spent several hours volunteering with SAVE doing menial tasks like data entry for the group. They also bought tickets to the Gala, as did Lopez’s parents.

At the time, Lima was apparently unaware that the four men faced hate crime and aggravated battery charges related to an attack last June.

Following Pride celebrations in 2018, video captured the four men attacking Rene Chalarca and Dmitry Logunov for being gay, as well as Helmut Muller Estrada, a passerby who stepped in to try and break up the fight. According to the victims, the four men shouted anti-gay slurs during the beating, which nearby cameras also caught on video.

In addition to Lima’s statement, SAVE also released a statement of apology on Facebook.

“We want to extend our deepest apologies first, to the victims, and equally, to the community for any insensitivity that may have been conveyed on our behalf by their attendance and mention at the gala,” it read.

“We are currently investigating this matter more thoroughly to determine the facts around the attendance and recognition of these individuals and will be providing an update to our supporters and the community at large as soon as we gather all the appropriate information.”

An attorney for Lopez continues to deny the hate crime charges, as Lopez’s father is gay and in a relationship with another man.

Meanwhile, the Office of the State’s Attorney released a statement claiming that the four suspects were in no way wrongfully accused and that the office will continue to pursue charges of battery and hate crimes against the four men.