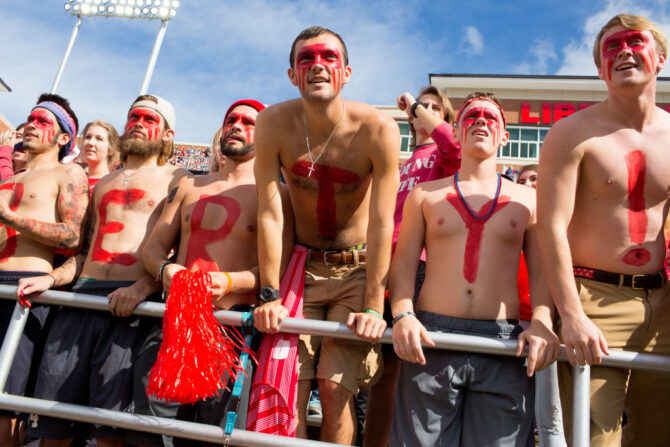 Another day, another scandal out of Liberty University.

The university just reached a settlement with 12 women who accused the prominent evangelical institution of mishandling cases of sexual assault and harassment in a class action lawsuit filed last summer. Their disturbing allegations spanned more than two decades.

The plaintiffs’ attorney, Jack Larkin, filed a notice of dismissal last week, saying the case had been settled, although he didn’t provide any details.

In a statement to local media, he said, “The terms of the settlement are confidential in nature and there’s really nothing I can say about it beyond that the parties to the suit have resolved their differences, and the matter is settled.”

But the scrutiny over Liberty’s handling of sex assault cases doesn’t look like it’ll be letting up any time soon.

Numerous lawsuits have raised similar allegations and are still ongoing, and the U.S. Department of Education is currently investigating whether the school violated the federal Clery Act, which requires colleges and universities to maintain and disclose crime statistics and security information.

All this comes not long after the university’s former president and chancellor Jerry Falwell Jr. gave a bombshell interview to Vanity Fair, in which he claimed he never lived by the values he purported to before resigning from the college back in August 2020 amid the whole pool boy sex scandal.

“Because of my last name, people think I’m a religious person,” Jerry told the magazine. “But I’m not. … There was so much pressure on me to become somebody I wasn’t. I’d wake up each day saying, ‘How am I going to do this?'”

“We had to put on an act,” his wife Becki added.

Liberty has been in the spotlight for its split with the Falwells since 2020. Litigation between the two parties is ongoing.

In March, Deadline reported that Falwell’s downfall would serve as the basis for a new limited series, which will be adapted from reporter Gabe Sherman’s Vanity Fair exposé that first broke the pool boy sex scandal. Sherman himself will pen the script.

“Gabe Sherman is setting out to tell the story of a great American family business, where the business is religion,” producer Michael London said in a statement.

“It’s an untold story with a larger-than-life cast of characters amassing vast power and fortunes. Yes, there’s a sex scandal, one that consumed the life of Jerry Jr. and his wife Becki, but what’s most surprising is the insight and empathy that Gabe brings to their very human struggle to be true to themselves.”

Subscribe to Queerty for a daily dose of #life #beckifalwell #jerryfalwelljr. stories and more