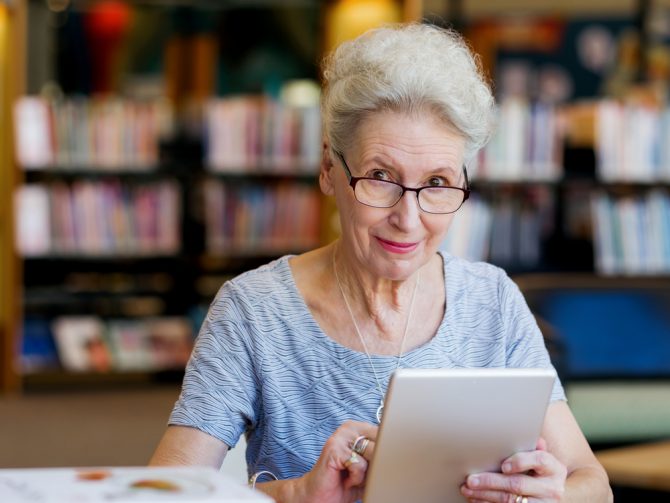 Scrotum-obsessed GOP congressional candidate Derrick Van Orden became a laughing stock this week when he was outed as a petulant manchild and a raging homophobe by a teen librarian.

Speaking to her local newspaper, 18-year-old Kerrigan Trautsch talked about how the 51-year-old stormed into the Prairie Chien Memorial Library in Prairie du Chien, Wisconsin on June 17 and threw a dramatic hissy fit over a display of LGBTQ-affirming children’s books she had set out for Pride month.

Now, the library director, Nancy Ashmore, tells People that Van Orden actually came in three times that day–first to throw the temper tantrum, then to open a library account and check out all but one of the gay books, and then to return them after he had presumably finished reading them.

“He was upset when he came in the first time,” Ashmore said. “When he came back later in the day, he was much more reasonable and calm.”

One of the books Van Orden was most upset about was the picture book “A Day in the Life of Marlon Bundo,” which is a parody the former second lady Karen Pence‘s picture book about her husband’s real-life pet rabbit.

The picture book, which was an instant bestseller when it was first released in 2018, criticizes Pence’s anti-LGBTQ views by detailing the same-sex romance between Marlon Bundo and another bunny rabbit.

Van Orden filed a filed an official “statement of concern” with the library, in which he called the book “historically inaccurate” and “propaganda.” 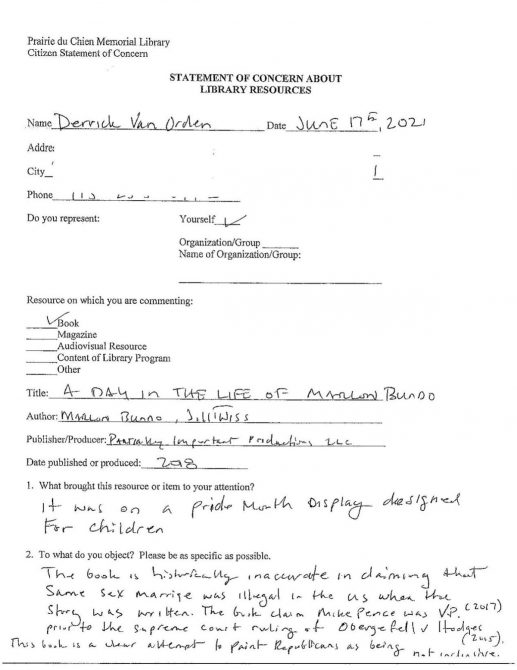 When asked by People about the complaint, Ashmore had the perfect response: “He’s quite right, it’s not factual. But it’s not supposed to be. It’s fiction.”

After the story broke, Van Orden put out a statement saying he “unequivocally support[s] equal rights for all Americans.” He just doesn’t support same-sex love stories about cartoon bunny rabbits, which he says “degrade the relationships we have as citizens.”

Despite Van Orden’s objections, Ashmore, who has worked at the library for 30 years, says she has no plans to discontinue the Pride month display next June.

In addition to being an aspiring politician, Van Orden is the author of 2015’s “Book of Man: A Navy Seal’s Guide to the Lost Art of Manhood,” which includes a chapter where he writes in vivid detail about another man’s scrotum.