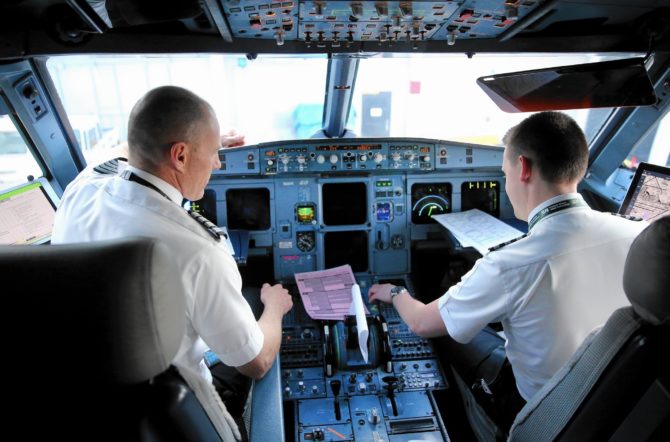 Earlier this month we shared a disturbing story out of Oklahoma: A group of parents and other adults posted horrific messages to a school Facebook group, calling for a 12-year-old trans student to be physically attacked for using the girls’ bathroom.

The company confirmed it has suspended Bickerstaff for his participation in the group, which saw Bickerstaff referring to the child as “it” and encouraging other students to attack her in the bathroom. 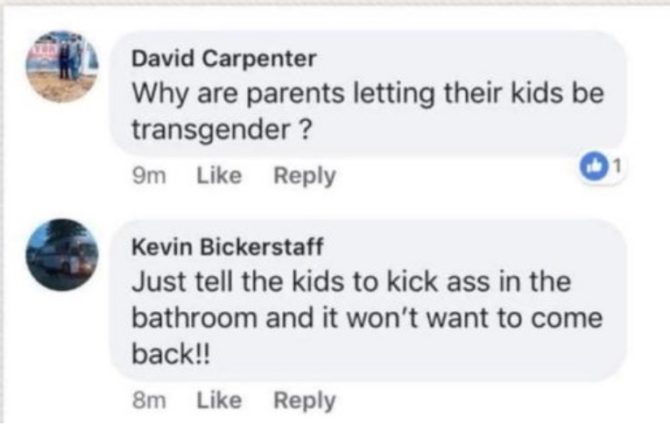 Other comments suggested a “sharp knife will do the job really quick” and referred to the 7th grader as a “thing.”

In a statement, Frontier said:

“Frontier Airlines prides itself on setting an example as a respectful workplace and we do not condone discrimination. We have long-established standards of conduct, to which all employees must agree to adhere, that among other things require people to act in a professional manner and to treat each other with genuine respect and kindness.”

After discovering all the hateful, threatening messages, the student’s mother, Brandy Rose, launched a GoFundMe campaign for her family to move out of the state.

It has raised over $50k, a great deal more than the initial $15k goal.

First, I want to say thank you to EVERYONE for all the love and support for my daughter. It has been an amazingly encouraging for her! Also, if you have reached out to me, and I haven’t reached back, please, please don’t be offended. I have received so many messages, and friend requests, it’s all so very overwhelming, not in a bad way, I’m not complaining, I promise! We LOVE all the awesome supportive messages, there’s just so many to get to, please be patient with me, and know we are so appreciative! You are all amazing, and thank you! One of the people that reached out to me started a gofundme page to help us move closer to some very dear family, in a much bigger city in Texas, that will have so many more resources for Maddie, and while I know the school district here is doing everything they can to help keep Maddie safe at school, it’s not just at school that I’m scared for her, and where we would like to move to is much more open to people like my daughter, she’d have more medical resources, and we’d be with loving, supportive family. We’ve been wanting to move there for years, but it has never been financially possible. If this fundraiser actually works, it would be life changing for our family! So, even though it’s kind of embarrassing to ask strangers for help like this, I figure anything that might help my family is worth a try. I am so grateful that this person did this for us! So, I’m going to ask that, if y’all don’t mind, would you please share this link to A Move for Maddie? I don’t know what will come from it, but if it will help get my family where we need to be, it’s worth a try. Thank you so much! For everything!

Hello everyone! This is the first post I've made since everything has happened. First, I want to say thank you to…