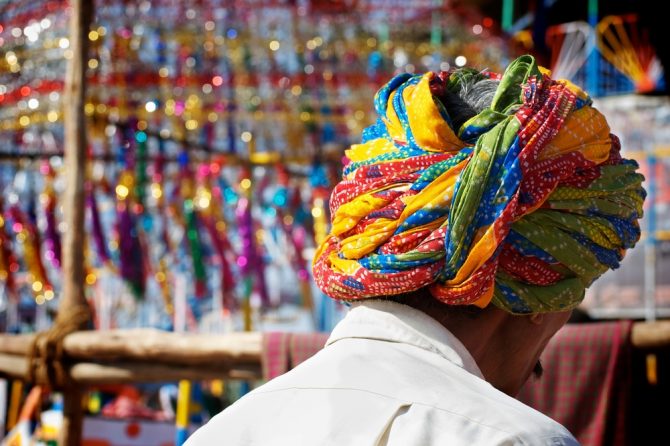 A 36-year-old bisexual man living with his family in Delhi says “unconventional doesn’t even begin to define my life.”

In an article published by GQ, the anonymous man writes about what it’s like being bisexual in a country where gay sex was still punishable with life in prison just last year when the country’s Supreme Court passed a landmark judgement decriminalizing Section 377.

The man first realized he was attracted to both women and men in 2003, when he was still in college, and it freaked him out at first.

“I had to suddenly face the reality that I wasn’t ‘normal’ anymore,” he writes. “Add to that, I wasn’t even just gay. Being bisexual meant that I was a minority within a minority. How would I deal with that?”

His girlfriend at the time dumped him the minute he came out to her. And his friends responded with “unfunny remarks” about bisexuals.

“You can enjoy the best of both worlds, was the common one. You can hook up with as many men as you want and then get married to a girl, some suggested. There was a fair bit of ‘it’s a phase’ as well. Basically, no one understood my true self. Most still don’t, even after close to two decades.”

The man says he continues to struggle with feeling lonely and misunderstood. Dating is especially challenging.

“I’ve been terribly unfortunate in that department,” he writes. “Most men and women I’ve liked, have backed off. … The men worry that eventually I’d want to get married and go for a woman, and the women are scared that I’ll just turn gay.”

His family has also had a hard time accepting him for who he is.

“My parents are still in denial about my sexuality,” he explains. “Yes, even after all these years. They’re quite hopeful that one day, I will go back to being straight–even if that happens when I’m 40, or 50. Talk about optimism!”

He continues, “Even members of the LGBTQ+ community aren’t particularly affable, once they realize you’re not just gay. There are a lot of crusaders for homosexuality but how many bisexuals do you know who’re fighting for their rights?”

Being bisexual, the man notes, really isn’t that strange or difficult to understand. So why do people continue to act like it is?

He continues, “And for all those who believe that bisexuals are having all the fun, I wish you’d understand just how difficult it is to even go out on a date. Most people turn you down before they’ve even met you because they can’t deal with your orientation. That’s certainly not fun!”

Related: This gay Indian film that was deemed too hot by censors is finally being released