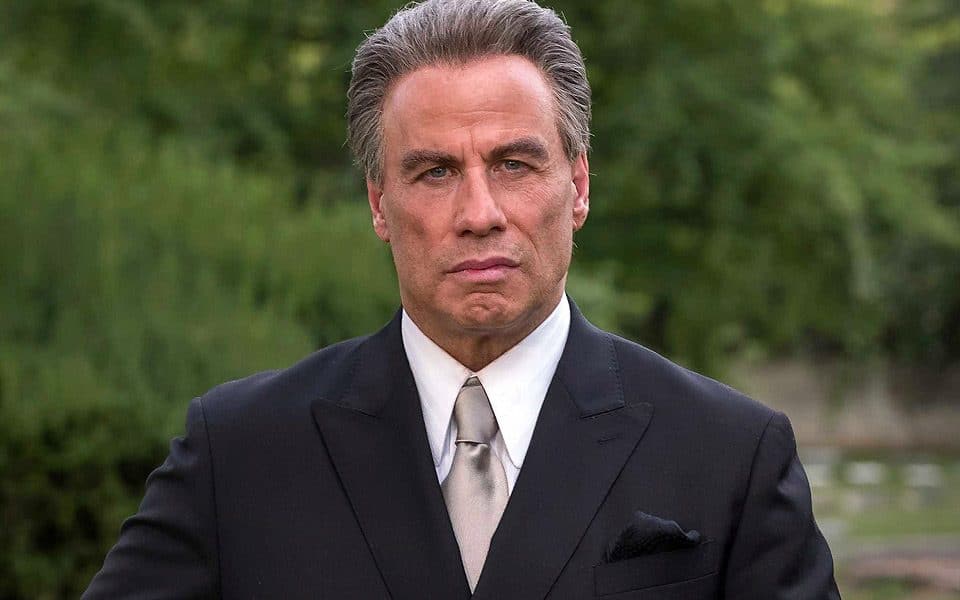 This just in: Nobody likes John Travolta’s new film Gotti.

The crime biopic details the life of New York City mobster John Gotti and took almost ten years to make. It was originally slated for a direct-to-video release by Lionsgate last December until the studio, smelling blood, sold the film back to its producers.

Gotti premiered at Cannes Film Festival last month, where audiences purportedly walked out. It was released in theaters last Friday and is currently on track to become Travolta’s third film to receive a 0% rating on the review aggregate site Rotten Tomatoes, alongside 1983’s Staying Alive and 1993’s Look Who’s Talking Now.

The Hollywood Reporter calls the film “pretty terrible” as well as “poorly written” and “devoid of tension, ridiculous in spots and just plain dull in others.”

Meanwhile, The New York Times calls it a “dismal mess” adding, “What does shock is just how multifaceted a dismal mess it is.”

And Rolling Stone calls it a “manic mess is one offer John Travolta should have refused”.

“Gotti” has around 28 producers and looks like the all you can eat buffet version of a gourmet Martin Scorsese movie. You only realize how amazing James Gandolfini was in “The Sopranos” by watching Travolta act with his chin, the same way he portrayed Robert Shapiro in the “OJ” mini series. Between Travolta and real life wife Kelly Preston, who plays Mrs. Gotti, the movie is like an infomercial for wigs.