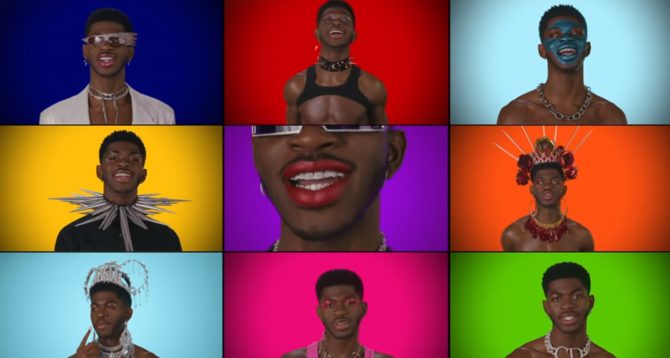 Rapper and constant source of internet snark Lil Nas X has caused a sensation yet again, this time by calling out hypocrisy over selling celebrity blood. Really.

Lil Nas X took to Twitter on August 25 to voice his frustration over skateboarding legend Tony Hawk’s new skateboard. The board, designed by Hawk and retailing for $500, contains a few drops of Hawk’s blood in the paint.

now that tony hawk has released skateboards with his blood painted on them, and there was no public outrage, are y’all ready to admit y’all were never actually upset over the blood in the shoes? and maybe u were mad for some other reason?

“Now that tony hawk has released skateboards with his blood painted on them, and there was no public outrage, are y’all ready to admit y’all were never actually upset over the blood in the shoes? and maybe u were mad for some other reason?” Lil Nas X wrote.

The shoes he mentions refer to the sale of his own footwear designed earlier this year as a tie-in to the release of his video for “Montero.” Dubbed “Satan Shoes,” the footwear set off an internet sensation after the rapper announced each pair would contain a few drops of his own blood. Evangelical groups and homophobes alike reacted in horror, and Nike, the manufacturer that designed the base shoes (that is, the shoes before Lil Nas X & company heavily redesigned them) threatened to sue.

Lil Nas X had a succinct reply. “Naw, he tweakin.”

The comment became an instant internet meme, with Lil Nas X’s followers using it to comment on social media posts all over the internet, reports CBS affiliate WUSA. Hawk himself also found humor in the comment, changing the bio line of his Twitter account to read simply “tweakin.” He also mentioned he’ll be tweakin’ at an upcoming skateboard competition.

“Tweakin’ today at Vert Alert practice. Special thanks to @stateofsport, @vansskate, @godaddy, @AELIAstore, @pyvott & @WoodwardParkCity for making our inaugural event possible! I’ll be skating in our “legends” demo tomorrow at 6:30pm MST btw (free to the public),” he wrote.

Never one to miss a beat, Lil Nas X returned to Twitter later that same day to comment on the “tweakin” phenomenon.

damn this lowkey blew up. i’m an upcoming artist from atlanta. presave my album here: https://t.co/vTbEdkHg25

“Damn this lowkey blew up. i’m an upcoming artist from atlanta. presave my album here,” he wrote, adding a link to his upcoming album release.

Incidentally, despite the debate over the Satan Shoes, Lil Nas X had the last laugh. The shoes, priced at a whopping $1,018, sold out in less than one minute after release. Meanwhile, the tie-in song “Montero” went on to become a smash, peaking at #1 on the Billboard charts.