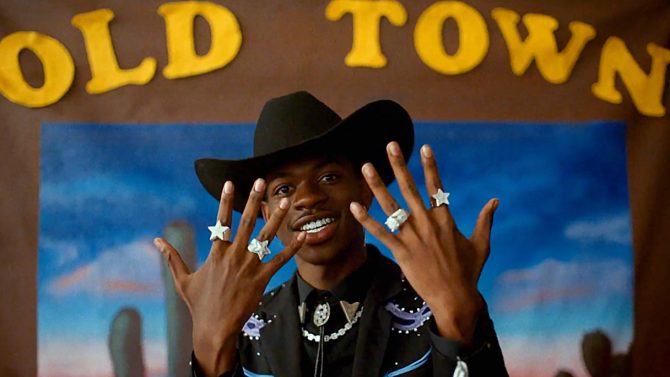 It’s 2020 and homophobia is so… banal. And that’s what makes Lil Nas X‘s entirely unbothered response to a hater so satisfying.

Coming off a showstopping Grammy performance of “Old Town Road” where he also took home two statues and was arguably the night’s best dressed in custom head-to-toe pink Versace leather, not everybody was thrilled to see the young, out star shine.

Rapper Pastor Troy took to Instagram to belittle his achievements in a since-deleted post, managing to incorporate homophobia, fragile masculinity and general bitterness into his comments.

“Pastor Troy went on a long, homophobic rant & somehow convinced himself that it’s the reason why he doesn’t have a Grammy,” tweeted music writer Ronald Isley, sharing screengrabs of the Instagram post:

Pastor Troy went on a long, homophobic rant & somehow convinced himself that it’s the reason why he doesn’t have a Grammy. pic.twitter.com/nM2ggnV7Yt

“Welp, guess I won’t be winning a GRAMMY… if this is what I gotta wear,” Pastor Troy wrote.

“They love to push this shit on our kids!! The other day Applebees had some punks kissing and laughing eating mozzarella sticks. First thing my 14 year old son said was, ‘Fuck Applebees’, and it brought joy to my heart!!

Related: From Lil’ Nas X to Lena Waithe, Black gays are having a moment of pure joy. And it’s about time.

“He sees it… their agenda to take the masculinity from men, black men especially. Some may say, ‘He making money!!’ RuPaul do too, but I ain’t bumping his CD!!

“Integrity is priceless. Y’all better open that 3rd eye and let your sons know what is real… or they ass gone be headed down that Old Town Road foreal!!”

Lil Nax X responded to the tweet, but rather than address the comments, he focused on something much more important:

damn i look good in that pic on god https://t.co/dIIKzTFa6X

“Damn I look good in that pic on god,” the 20-year-old singer wrote.

He also couldn’t resist turning the bizarre rant into a meme in a separate tweet:

Lil Nas X is currently in the running for Badass and Closet Door Bustdown in the 2020 Queerties. Did he earn your vote?