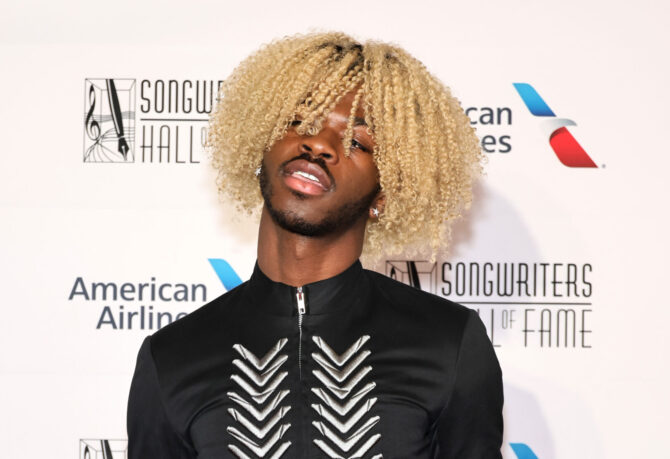 Suffice it to say that Lil Nas X‘s most recent corporate sponsorships might not be exactly as advertised.

The rapper took to Twitter over the weekend to announce some new sponsorships which would give fans perks for pre-saving his upcoming single, “Late To Da Party”.

However, something about it seems a little, as the kids would say, unserious.

FREE COCK WHEN YOU PRESAVE MY NEW SONG TODAY

Of course, the also highly unserious social team at Grindr did their part to keep the bit going.

everyone hurry up and presave while you can, we’re running out of cock!!! https://t.co/FfJdkrMrQd

Whether the collab was real or not, the aforementioned perk may no longer be available anyways. 3

sorry guys due to high demand we are running out of cock. if u already got some cock please save some for other people https://t.co/u4fp8ZGRp6

Trolling like this is far from new for Lil Nas X.

Since coming out at the height of his “Old Town Road” fame, he’s been fighting off haters and homophobes with an absurdist social media-specific wit.

We’re not exactly sure when he started using that wit for his advertising, but it’s his #1 tactic at this point. Between his pregnancy-themed Montero rollout to jokingly saying “everyone’s allowed except gay people” in his tour announcement, this newest brand joke is par for the course.

Heck, Grindr wasn’t even the only business he claimed to be working with. He also announced his collab with a business by the legally-convenient name of “Macdonalds” offering fans Brazilian butt-lifts.

so happy to announce i am teaming up with macdonalds to give out FREE BBLS to the first 1,000,000 ppl to presave my new single!

And this one isn’t even a business!

Do it now for a chance to see him live! calling you the famous word as seen on auntie diaries by kendrick lamar! hurry!

For context, the “famous word” of Kendrick Lamar’s being referred to here is the F-slur.

Basically, we can’t stand Lil Nas X, and we hope he never changes.