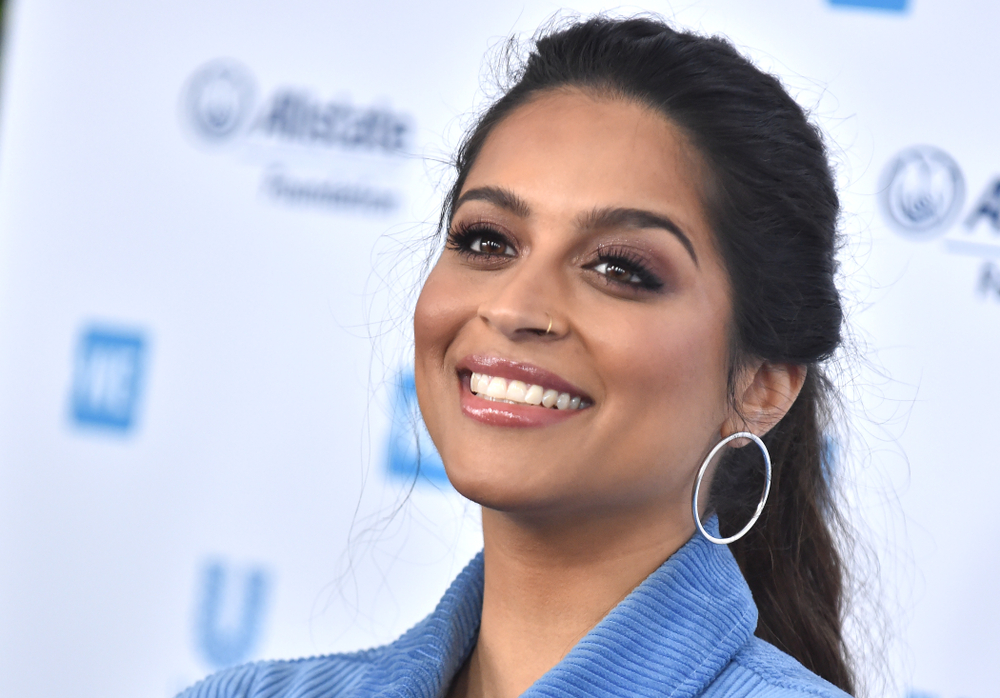 This profile is part six of Queerty’s Out For Good series, recognizing public figures who’ve had the courage to come out in the past year in the name of the public good. The series will run through National Coming Out Day October 11.

Bio: In 2010, Singh was a depressed 22-year-old living with her parents—immigrants from India—in a Toronto suburb, wondering what to do with her recent psychology degree. So she did what any talented, blues-stricken millennial would do: She took to YouTube. With zero camera or lighting skills, she began producing self-deprecating comedy skits on a channel she titled Superwoman.

The moniker was apt: Nine years later, Singh has been ranked the 11th richest YouTuber with 14 million fans. To top that off, last month she became the only queer woman of color ever to host an American late-night show, A Little Late With Lilly Singh, which debuted September 16. Now Singh is becoming a household name and gracing magazine covers, like the October issue of Marie Claire.

Coming out: As Singh recently shared with Hollywood Reporter, she wasn’t so much “in the closet” as she was basically unaware. “It’s not that I had this big secret,” she says. “Because of the culture I was raised in, I never actually allowed myself to figure things out.”

Illustrating her inner struggle, she described to Marie Claire a story of coming back from the White House after interviewing Michelle Obama—besides comedy, Singh is known for her spot-on, in-depth interviews with Bill Gates and others—and feeling like a complete failure upon finding out one of her female cousins got engaged (to a man, of course). “The conditioning I’ve been raised with is if you’re not doing that linear path, then you’re straying too far. That’s something I’ve really had to unlearn because I am not made for that path.”

Finally, in February, she tweeted and Instagrammed this:

Throughout my life these have proven to be obstacles from time to time. But now I’m fully embracing them as my superpowers.

No matter how many “boxes” you check, I encourage you to do the same x

Female. Coloured. Bisexual. Throughout my life, these have proven to be obstacles from time to time. But now I’m fully embracing them as my superpowers. No matter how many ‘boxes’ you check, I encourage you to do the same.”

Making a Difference: Well-meaning associates warned Singh that many of her global fans, especially in Southeast Asia, would immediately abandon her for her bold move. Her response? “Eff it, you don’t get to have an opinion about who I am.” Happily, the dire predictions didn’t pan out. Her first post-coming-out event took place in India, where, she says, half the people who waited in line to meet her personally came out to her.

“If after I die someone says, ‘I watched this girl, Lilly, and she inspired me to do X, Y, Z,’ what better legacy could you leave? The only lasting legacy you’ll ever have is the inspiration you leave behind.”

“I feel lucky to be in this position. I’m a minority in many, many ways, and I want to make sure that anyone, no matter where they are in the world, can relate and feel represented.”