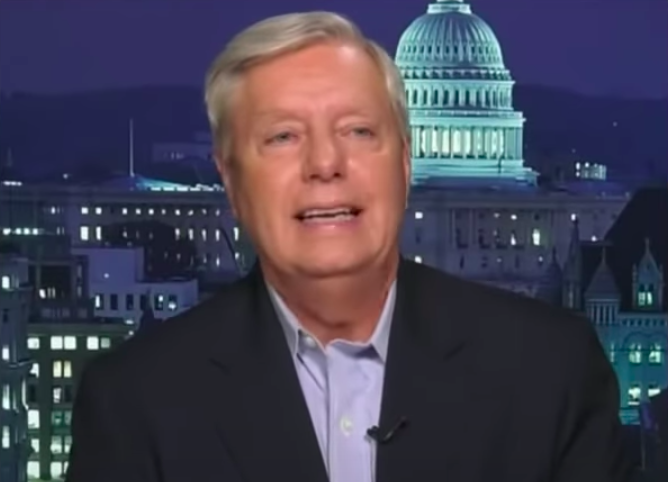 Lindsey Graham looked like he was about to cry as he openly pined for Donald Trump on Fox News yesterday evening.

While speaking to homophobe Laura Ingraham, the antigay senator from South Carolina talked about his deep concern over President Biden’s trip to the G7 Summit, saying he doesn’t think other countries are scared enough of the new president. (Because they were so scared of Trump.)

Then he added, “I miss Trump.”

The clip is awkward, to say the least. Even more awkward, perhaps, then that time he was caught examining his finger on live television.

Some are comparing the whole thing to a hostage video. Others are questioning what blackmail Trump might have on Graham to cause him to behave in such a way.

So much going on here.
None of it good.
👀

It’s common for dogs to have separation anxiety when their owners leave them. 🤷🏻‍♀️

The tongue flick really sells it

If you miss him then resign from the Senate and move into Mar-A-Lago and stay with him then damn.

Why does Lindsey look as though he’s appearing in a hostage video?

Lindsey should write him beautiful letters, he loves that!