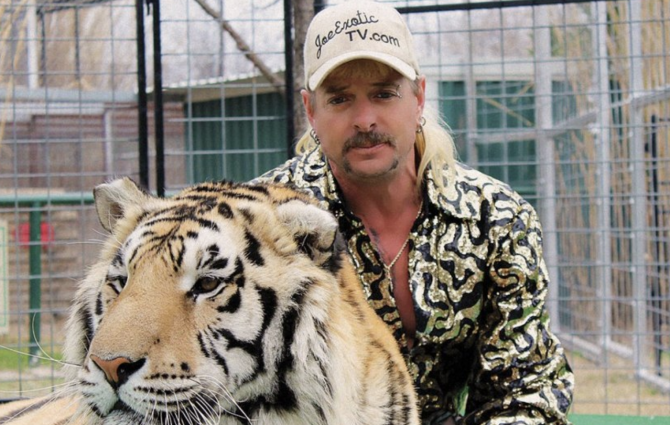 As the national interest in Tiger King continues, John Finlay–the ex-husband of  Joe Exotic–has opened up about their relationship.

Finlay met Exotic in 2003, not long after the former had graduated high school. They remained together 11 years before unofficially tying the knot in a 3-way relationship with Exotic’s other ex, Travis Maldonato. Finlay and Exotic split not long after when Finlay had an affair with a woman, whom became pregnant.

In an interview with Australian radio station KIIS FM, Finlay had some trouble discussing his relationship with Exotic.

“Let me warn you guys, it’s been a long time since we’ve interviewed someone that was hard work like this,” host Jackie O said of the interview. “Probably the hardest interview we’ve ever had to do … he wasn’t really understanding questions and not really wanting to answer questions that much.”

Throughout the interview, Finlay often silent before delivering a short answer.

Finlay said nothing for several seconds, prompting Jackie’s co-host, Kyle Sandilands, to ask “You alright, John? Did she stump you? Too hard that question?”

Over the course of the 12-minute interview, Finlay also referred to himself as straight, noting that he is now married to a woman, and fumbled questions about his sex life with Exotic and Maldonato, Exotic’s arch-rival Carole Baskin, and his own drug use.

The interview ended with the hosts bursting into laugher as they hung up with Finlay.

Tiger King streams on Netflix. Have a listen to a time-condensed version of the interview: