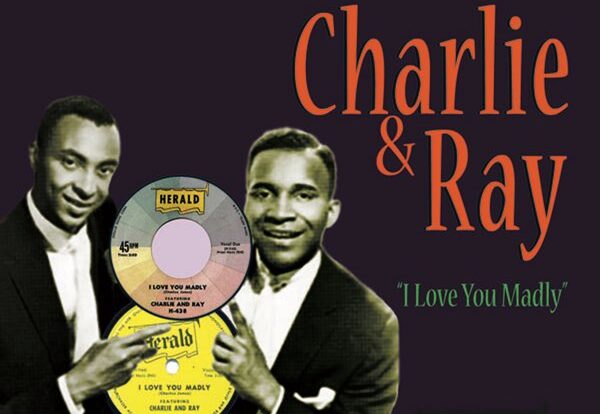 It would have taken unbelievable star quality for a Black, gay music act to rise during the Lavender Scare era of the American ’50s. Thankfully, singing duo Charlie & Ray had dazzle to spare.

It almost seems Charlie Jones and Ray Williams were renowned not in spite of their flamboyant stylings, but because of them; their catchy songs and undeniably fey voices (along with the entire taboo concept of effeminate men) made for a captivating show for audiences of the time.

So captivating, in fact, that the duo won their debut amateur night at the Apollo Theater in the early ’50s — and went on to win for the next four weeks straight.

An excerpt from David Bowie Made Me Gay author Darryl Bullock’s accompanying blog quotes music historian C.J. Marion, who saw the duo play the Rockland Palace in Harlem in early 1955, as saying:

“[Charlie & Ray were] easily the most unique duo of the 1950s, and light years ahead of their time. I was a bit taken aback by the hip rolling, pocketbook swinging entrance (being all of 14 years old at the time), but once the music started and the crowd got into it, what a show!

“Charlie and Ray were unabashedly gay and black, which taken in the context of the first Eisenhower era, made them an act apart in more ways than one…Add to this mix the fact that they could produce some of the hardest rocking tunes of the time and you get an unforgettable pair of performers.”

Their lead single “I Love You Madly” is emblematic of all their performance flair; the spoken “I don’t know! I don’t care!” in the chorus is a shot of audibly gay adrenaline.

Charlie & Ray have been largely lost to time like most music of the era, but between their bold identities and their lively tunes, these two are due for a legacy.

Listen to the original doo-wop dandies on their hit single, “I Love You Madly”:

Ron DeSantis and Kari Lake get their much-needed drag makeovers