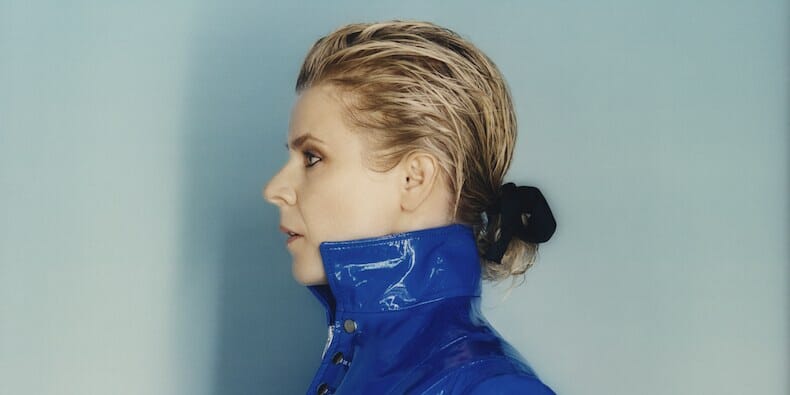 Robyn just released her new song “Missing U,” her first single as a solo artist since 2010. The shining and pulsating pop track was recorded and written in Paris and Stockholm, and sees Robyn teaming up Joseph Mount and long-time collaborator Klas Åhlund to write and produce the track.

“‘Missing U’ is a song about this trippy thing that happens when people disappear, it’s like they become even more clear and you see them everywhere,” says Robyn in a statement provided to Queerty.

Accompanying “Missing U” is a short film Robyn created with director Danilo Parra on a recent trip to New York City, reconnecting with fans at a long standing Robyn dance party, This Party Is Killing You, at Brooklyn Bowl. In the short clip, she confesses “Missing U” is “also a little bit of a message to my fans, that I’ve missed them.”

Fans are loving the new track. One wrote on YouTube, “Love it! Don’t know how you do it but i always find myself in the moment where i am living the words of your songs. Thank you.”

Another one adds, “Robyn. Welcome back; Fi-na-lly. Words can’t describe what I’m feeling right now. Good to have you back!”

“Missing U” is Robyn’s first solo single since the release of 2010’s Body Talk, although she has released collaborative EPs with Röyksopp and La Bagatelle Musique, and guested on tracks by Teddybears, Neneh Cherry, and the Lonely Island.