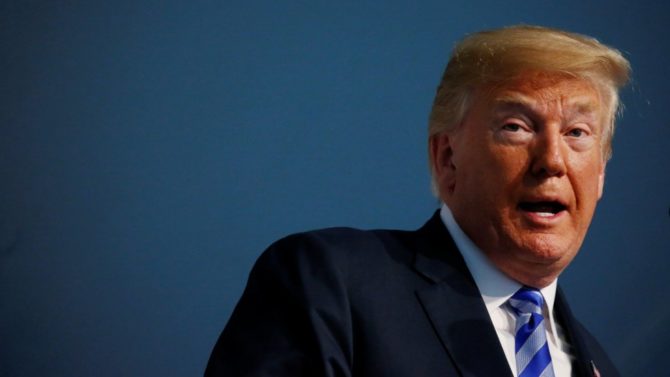 Like it or not, Donald Trump and his klan are heading to Pittsburgh to mourn the 11 slain congregants from the Tree of Life synagogue who were massacred on Saturday.

Trump will be joined by Melania, Ivanka, and Jared as the funerals begin. And no one else. Literally, no other lawmaker in America will be tagging along for what will no doubt be a spectacle.

Senate Majority Leader Mitch McConnell, House Speaker Paul Ryan, Senate Minority Leader Chuck Schumer, and House Minority Leader Nancy Pelosi were all asked if they’d like to join Trump, but every single one of them declined the invite.

But not just that.

Pennsylvania’s two US senators were also not planning to join Trump in Pittsburgh. Sen. Pat Toomey, a Republican, was invited to join the President but declined, according to a spokesman, citing previous commitments in another part of the state. … A spate of local and state officials also said they would not appear with Trump when he visits a hospital and pays respects to the 11 victims of Saturday’s massacre.

The only person who will be there is Democratic Sen. Bob Casey. He wasn’t invited by Trump, though, and will be going on his own accord to quietly attend a vigil for the victims.

Yesterday, Pittsburgh’s mayor Bill Peduto urged Trump to wait until after the funerals were over before he visits.

“I do believe that it would be best to put the attention on the families this week, and if he were to visit, choose a different time to be able to do it,” he told CNN.

Peduto added that the city simply doesn’t have enough public safety personnel to handle 11 funerals and a presidential visit at the same time. He also recommended the White House talk to the families of the victims before showing up at their loved ones’ hospital beds and funerals.

Of course, that’s never gonna happen. Trump’s gonna do what Trump wants to do. He and his family are expected to touch down in Pittsburgh later today.

Related: One synagogue shooting victim was a doctor who embraced HIV+ patients in the early days of AIDS