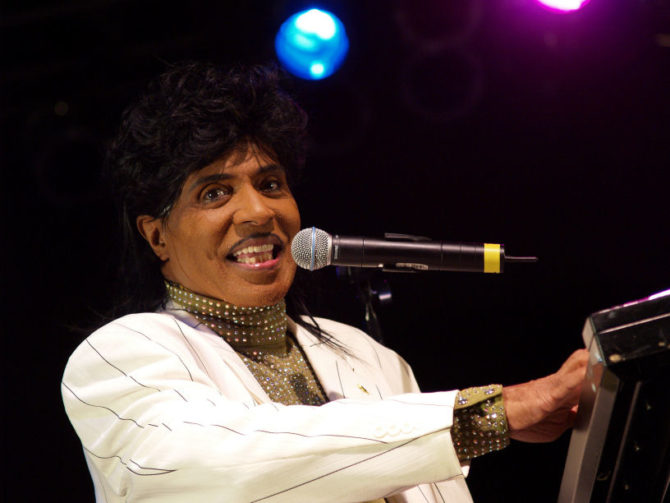 Rock-and-roll legend Little Richard has an important announcement to make: He’s done with all that gay ish.

During a sit-down with 3ABN, the 84-year-old, who once described himself as both “gay” and “omnisexual”, said he’s through wearing makeup and wigs and singing about behaving badly.

Related: Back In The Day: Gay Singing Stars From The Golden Age Of R&B

“Anybody come in show business, they’re going to say you’re gay. Are you straight? Are you a homosexual something? They’re going to say it,” Richard said. “But God, Jesus, he made men, men, he made women, women, you know? And you’ve got to live the way God wants you to live.”

He continued, “You know, all these things. So much unnatural affection. So much of people just doing everything and don’t think about God. Don’t want no parts of him.”

This is quite a departure from what Richard told GQ just five years ago, in 2012, when he said: “We are all both male and female. Sex, to me, is like a smorgasbord. Whatever I feel like, I go for. What kind of sexual am I? I am omnisexual!”

Related: This 1950s Take On The “Problem” Of Homosexuality Lists 45 Different “Types” Of Gays

Richard now says his belief in Jesus is what saved him and he sincerely believes it can save others, too.

“Regardless of whatever you are, he loves you. I don’t care what you are. He loves you and he can save you,” Richard told interviewers. “All you’ve got to do is say, ‘Lord, take me as I am. I’m a sinner.’ But we all have sinned and come short of the glory of God.”

He added: “The only holy, righteous person is Jesus and he wants us to be just like him because, in order to go to Heaven, we’ve got to look like him. I don’t want to sing rock and roll no more.”